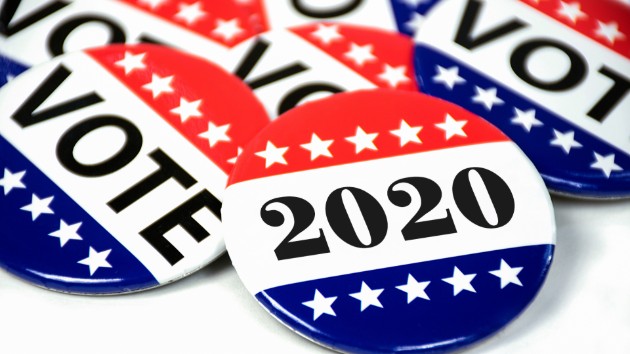 (WASHINGTON) — The Democratic National Committee announced Wednesday which of the 25 Democratic presidential candidates will be participating in the second Democratic primary debates set for July 30 and 31 in Detroit. Only 20 candidates in the large primary field will debate on stage over the two nights, a cap previously set by the DNC. CNN, the network hosting the debates, will announce the lineups for each night on Thursday in the 8 p.m. ET hour during a live drawing on the network, according to a network spokesperson.The candidates who are participating, in alphabetical order, are:

This will be Bullock’s debut on the Democratic debate stages, after failing to qualify for the first debates in Miami at the end of June. California Rep. Eric Swalwell, who dropped out of the race on July 8, was the 20th candidate on stage for the first debates.The candidates who will not be debating on either night are former Alaska Sen. Mike Gravel, Miramar, Florida Mayor Wayne Messam, Massachusetts Rep. Seth Moulton, former Pennsylvania Rep. Joe Sestak and Tom Steyer, the billionaire activist who entered the race just over a week ago.CNN also announced on Wednesday the randomization of their live drawing on Thursday at 8 p.m.The candidates will be split into tiers before the live drawing, with the first draw including 10 candidates (Bennet, Bullock, de Blasio, Delaney, Gabbard, Gillibrand, Hickenlooper, Inslee, Ryan and Williamson), the second including six candidates (Booker, Buttigieg, Castro, Klobuchar, O’Rourke and Yang) and the final draw including the four polling frontrunners (Biden, Harris, Sanders and Warren).CNN and the DNC decided on this methodology, based on polling, “to ensure support for the candidates is evenly spread across both nights,” according to CNN and DNC officials.CNN also reported that to determine the lineups for both nights, each candidate’s name will appear on a card and will be placed into one box, and another box will hold cards with the date of each night. A CNN anchor will pick a card from both the first and second boxes for each drawing. Once every candidate is matched with one of the two nights of debates, the network will announce the podium positions for each night, according to public polling.The DNC announced in February that candidates could qualify by either meeting a grassroots fundraising threshold or polling threshold. The only candidate who met one threshold but will not be on stage is Gravel, who met the grassroots fundraising threshold by achieving more than 65,000 unique donors. In announcing the ways to qualify, however, the DNC explicitly said the polling threshold would take primacy over the grassroots fundraising threshold.The debates aren’t just an opportunity for candidates to pitch their campaigns to voters as they try to break out among the crowded field, but a chance to make a splash on stage that leads to an increase in donations, which some of the lower tier candidates need after spending more money than they raised in the second quarter of 2019, according to reports filed to the Federal Election Commission Monday.On the heels of last month’s debates, some candidates touted strong fundraising hauls, and a couple saw a bump in polls.In two recently published polls conducted after the debates, Warren had 19% support among Democratic voters, one of her best showings in polls in the early months of the campaign.During the second night of debates on June 27, Harris saw a breakout moment when she took on Biden over his comments on working with segregationists, which he has since apologized for, and his stance against busing to integrate schools decades ago, telling a personal story of being bused.Her campaign said the California senator raised $2 million in the 24 hours following the debate, the most in a single day since her campaign launch. She also saw some of her highest poll numbers since the start of the cycle, with 20% support in a Quinnipiac national poll conducted right after the debates and 23% support in a Quinnipiac California poll released Monday.Another candidate who sparred with a competitor on stage was Castro, during a heated exchange with fellow Texan Beto O’Rourke, in which he called out the former congressman’s stance on decriminalizing border crossings.In a press release Monday, Castro’s campaign said he raised $1.1 million of his $2.8 million haul between April and June in the four days following the debates.Candidates won’t debate again until September, when ABC News, in partnership with Univision, hosts the third primary debates in Houston on Sept. 12 and 13. These debates, and the debates in October, which the DNC hasn’t announced a date for yet, have more stringent qualifying guidelines. Candidates must meet both the polling and the individual donor threshold, requiring candidates get at least 2% support in four DNC-approved polls and at least 130,000 individual donors over the course of the election cycle, with a minimum of 400 unique donors per state in at least 20 states. Copyright © 2019, ABC Radio. All rights reserved.