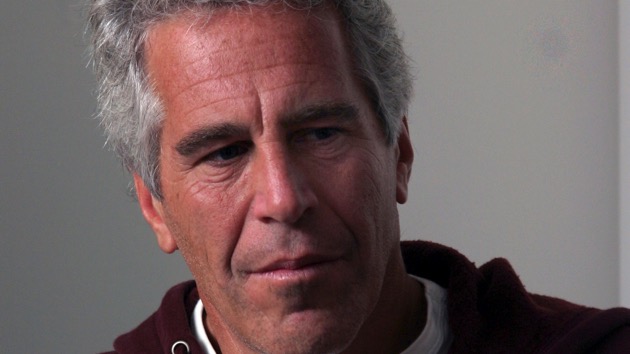 (NEW YORK) — A federal judge has denied bail to accused sex trafficker Jeffrey Epstein.Judge Richard Berman made the decision over the objections of defense attorneys who had argued that the wealthy financier was a “disciplined” defendant willing to pay a bond of $100 million or more.Federal prosecutors objected, saying the court “cannot rely on the self-discipline of a man with an appetite for children.”Epstein, appearing before the judge in a navy smock and brown T-shirt, appeared to have no visible reaction to the decision ordering him remanded to pre-trial detention. He was led off by marshals without speaking to his attorneys.Berman said the government established “by clear and convincing evidence” that Epstein is a danger to others, and noted the “compelling” testimony of Courtney Wild and Annie Farmer, two alleged victims who earlier this week spoke in court against bail.Wild, who said she was 14 when she was brought to Epstein’s Palm Beach, Florida, estate, called him “scary.” Farmer said she was 16 when she was trafficked in New The judge also noted what was found in a locked safe inside Epstein’s Upper East Side Manhattan mansion: $70,000 in cash, an assortment of diamonds, and an expired Austrian passport with Epstein’s photo but not his name.Berman said prosecutors established risk of flight “by a preponderance of the evidence.”Epstein, 66, has pleaded not guilty to charges of sexually exploiting and abusing dozens of minor girls. He faces up to 45 years in prison if convicted.The defense had invoked Bernie Madoff, Enron’s Jeff Skilling and other high profile defendants who were granted bail, though none of them were accused of sex crimes involving minors which, by law, presumes the defendant will be remanded to pre-trial custody, the judge said.Cases involving these kind of accusations “are unusual in the criminal law insofar as they carry with them a presumption that ‘No condition or combination of conditions will reasonably assure the appearance of the person as required, and the safety of the community,’” Berman said during bail arguments.Copyright © 2019, ABC Radio. All rights reserved.