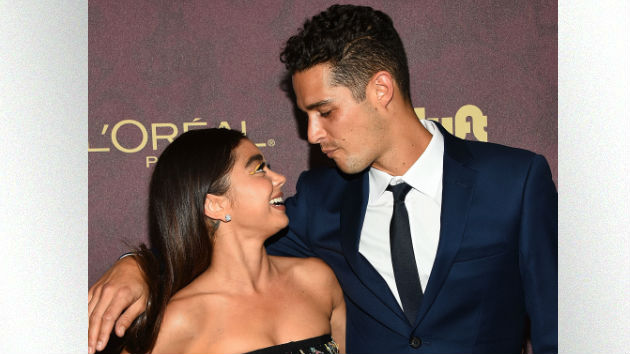 Photo by Araya Diaz/WireImage
Posted on July 17, 2019 by ABC News

(LOS ANGELES) — Modern Family star Sarah Hyland is officially off the market — her boyfriend, Wells Adams, has popped the question, she announced on Tuesday.

The 28-year-old actress posted a collection of photos on her Instagram page, along with the caption, “That can’t eat, can’t sleep, reach for the stars, over the fence, world series kind of stuff.” The caption refers to a quote from Mary Kate and Ashley Olsen’s 1995 film, It Takes Two.

Adams, 35, posted a video of the proposal, that included a photo montage of the couple, set to the Drew Holcomb and the Neighbors song, “I Like to Be with Me When I’m with You.”

“I’ll be Johnny, you be June. But forever,” read the caption, a quote from Heidi Newfield’s 2008 country hit, “Johnny and June.”

“I love you to Pluto and back FIANCÉ!!!!” Hyland commented.

Adams competed for JoJo Fletcher’s affections on season 12 of The Bachelorette, followed by an appearance on the show’s spin-off series, Bachelor in Paradise. He returned to the show as the house bartender after he and Hyland began dating in 2017.

After people spoke out about COVID-19 vaccines and period changes, research is underway
‘Goliath’ star Billy Bob Thornton on taking the reins as director for the final season premiere
With Julius Jones’ execution date looming, family refuses to give up hope
“No one is safe. Not one of you.”: Johnny Depp decries ‘cancel culture’
Is It Time To Go All-In On The Raiders?
Demetrius Flenory Jr. shares the emotional reaction his family had to his portrayal of father Big Meech in ‘BMF’