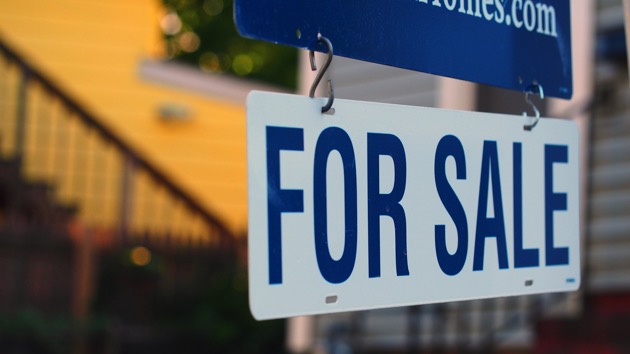 (LOS ANGELES) — The Los Angeles home where Charles Manson’s followers brutally killed a married couple is now for sale.Grocer Leno LaBianca and his wife Rosemary LaBianca were ambushed at their house on August 10, 1969. They were stabbed multiple times and the word “war” was carved on Leno LaBianca’s stomach.The killers also used their blood to scrawl on the couple’s walls the words “Rise,” “Death to Pigs” and “Helter Skelter” — a reference to The Beatles’ song and the phrase Manson wanted to use to ignite a race war.The property listing on Redfin for the LaBianca’s former home does not mention the gruesome double murder there, but does describe “breathtaking, unobstructed” views of downtown Los Angeles, Griffith Park and the San Gabriel Mountains.The two-bedroom house was built in 1922 and sits on a .71 acre lot, the listing says.”It’s extremely peaceful, quiet and private,” the Redfin listing agent, Robert Giambalvo, said in a statement released by the company to ABC News.”The home is spectacular and its attributes far exceed an event that happened 50 years ago,” Giambalvo said. “Nobody who has come to see it has asked about something that happened a long time ago. Someone came through yesterday who was born after 1969 and just kind of shrugged their shoulders over the past. It’s ancient history for them.”The property was posted to Redfin on July 10 and is listed for $1,988,800.The LaBianca murders came one day after the Manson followers carried out an attack at another Los Angeles home, killing pregnant actress Sharon Tate, hairstylist Jay Sebring, heiress Abigail Folger, writer Wojciech Frykowski and teenager Steven Parent.The two days of grisly killings ignited fear throughout the city.Manson and three of his followers were convicted in 1971 and sentenced to death, but the death sentences were commuted to life sentences when a California Supreme Court ruling abolished capital punishment in 1972. Manson died behind bars in 2017.Copyright © 2019, ABC Radio. All rights reserved.