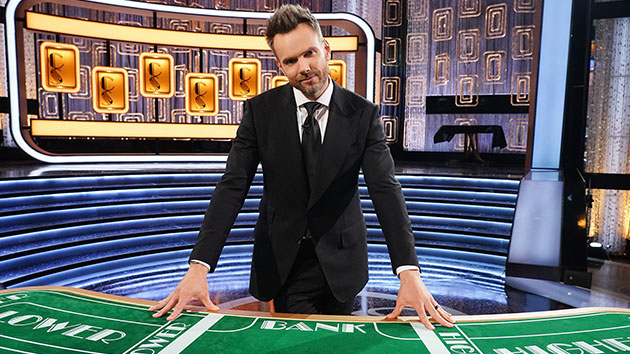 (NEW YORK) — The premise may be simple, but the prizes are extraordinary.

Joel McHale hosts the new revival of Card Sharks on ABC, a game show where contestants face a row of playing cards and have to guess if the next card is higher or lower than the previous one. If they guess correctly, they could win hundreds of thousands of dollars in prizes.

“I want to help them get the money,” McHale tells ABC Radio of his hosting style. “And also I’m not a jerk about it, like, ‘No, you’re wrong, go home!’ I don’t do, you know, that.”

He adds of the contestants, “Sometimes they lose a bunch of money but they come…in even. So if you lose 200 grand, you didn’t have it anyway. We are not taking anyone’s money. We’re trying to give it to them actively.

McHale also told Good Morning America earlier this week that he gets surprisingly invested in the outcome of the game.

“My heart is a tiny little burnt peach pit and I watch these people win money and I’m like, ‘This is the greatest moment of my life!’” he said. “I watched this woman win 200 grand and she’s like, ‘I can buy a house.’ And I was like, ‘Yes, let’s move away together!’”