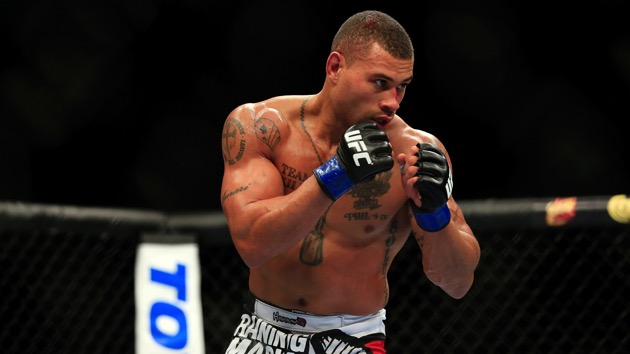 (DOUGLAS COUNTY, Colo.) — A former UFC fighter has been arrested and charged with sexual exploitation of a child, according to authorities.Abel “Killa” Trujillo, 35, was arrested in Broward County, Fla., in May and extradited last month to Douglas County, Colo., where the alleged crime is said to have occurred, Douglas County Sheriff’s Office public information officer Cocha Hayden told ABC News. He is a Florida resident, she added.He is also charged with obscenity, Hayden said, but could not elaborate on the nature of the crime.Trujillo was previously convicted of domestic abuse in 2007 and domestic abuse assault in 2009, The Sports Network reported, citing Iowa court records.Trujillo was released from jail on $10,000 bond on Tuesday, Hayden said. He is scheduled to appear in court for a preliminary hearing Thursday morning and has not yet entered a plea.It is unclear whether Trujillo has retained an attorney.The lightweight’s last fight was in December 2017, which he lost to John “The Bull” Makdessi, according to mixed martial arts website Sherdog.com.

Trujillo was scheduled to fight in the main event of Battlefield FC 2 in Macau on July 27, The Sports Network reported.Copyright © 2019, ABC Radio. All rights reserved.