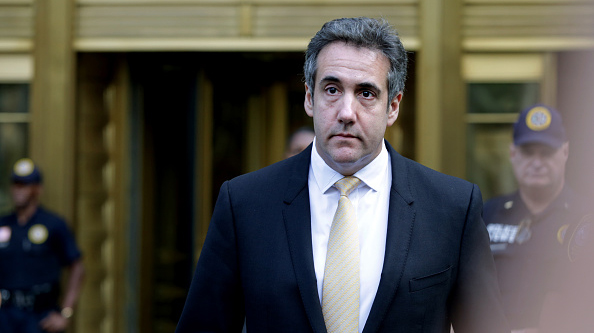 (NEW YORK) — Federal prosecutors have ended their investigation into the Trump Organization’s involvement in hush-money payments to two women who alleged they had affairs with President Donald Trump, according to court documents filed in a New York court on Wednesday.The conclusion of the investigation prompted the judge in the case to order prosecutors to release unredacted documents related to the raid of former Trump attorney Michael Cohen’s home in April 2018, including copies of the warrant, warrant applications and supporting affidavits.The Southern District of New York has been looking into multiple areas of possible legal exposure for Trump for months. It remains unclear what avenues prosecutors may be continuing to follow in this investigation or others related to the president and his businesses.Typically, prosecutors do not announce the conclusion of an investigation that doesn’t result in formal charges being filed. News of the probe’s conclusion came in the judge’s order to release unredacted versions of the documents. And while the judge’s language strongly indicates that the government thinks its investigation is done, the Southern District of New York declined to comment.”The campaign finance violations discussed in the Materials are a matter of national importance,” a federal judge wrote in his order, denying the government’s request for limited redactions.”Now that the Government’s investigation into those violations has concluded, it is time that every American has an opportunity to scrutinize the Materials.”The president’s attorney, Jay Sekulow, responded to the news of the investigations conclusion in a statement Wednesday.“We are pleased that the investigation surrounding these ridiculous campaign finance allegations is now closed,” Sekulow said in the statement. “We have maintained from the outset that the President never engaged in any campaign finance violation. From the Court’s opinion: “the Government’s investigation into those violations has concluded … Another case is closed.”Cohen pleaded guilty in August to eight counts that included campaign finance violations stemming from hush-money agreements with two women, adult actress Stormy Daniels — whose given name is Stephanie Clifford — and Playboy model Karen McDougal, both of whom say they had affairs with Trump. The president has denied both women’s allegations.Cohen was sentenced to 3 years in prison in December and is currently completing his sentence in a federal correctional institute in Otisville, New York.During his plea hearing, Cohen told the court that he made payments to the women “in coordination and at the direction of a candidate for federal office” who was later identified as Trump.The government filed a motion in February to keep some documents related to the Cohen’s campaign violations sealed while they New York prosecutors consider charging Trump Organization in Cohen hush-money scheme pursued an ongoing investigation into the Trump Organization.But in Wednesday’s filing, Judge William Pauley III wrote that the government had “concluded the aspects of its investigation that justified continued sealing” of the documents.Pauley ordered that the previously-sealed documents, which are to be filed on Thursday, be “unredacted in their entirety” with the exception of names of investigators and some individuals.Nick Akerman, a former Assistant U.S. Attorney in the Southern District of New York and current partner at law firm Dorsey and Whitney, said that while the judge’s filing indicates that prosecutors may be wrapping this specific investigation, other probes could still be ongoing”We know that there were several and that this is just one of several,” he said.The judge’s order to unseal documents Wednesday relates only to “one particular investigation.”

Murdaugh murders and mysteries timeline: Key events in the South Carolina family’s scandals and deaths
Alaska once had the highest vaccination rate. Now it’s in a COVID-19 crisis.
In theaters now: Gerard Butler and Frank Grillo in the “irreverent, explosive” ‘COPSHOP’
These vaccine mandates are already in place to attend school in the US
What to expect as FDA advisory panel debates Pfizer COVID booster shots
Clearfield FOE 812 donates $15,000 to ten local police, fire depts