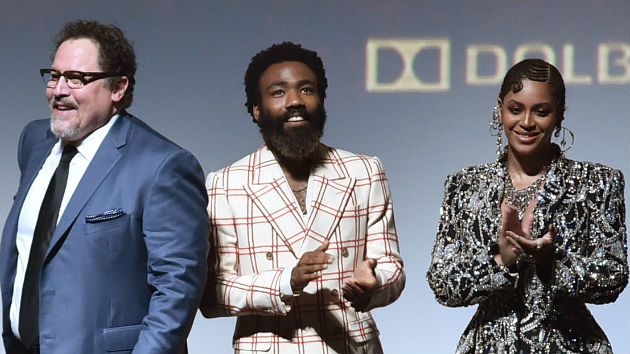 (LOS ANGELES) — Just like he did for Disney’s 2016 The Jungle Book remake, director Jon Favreau wrote down what he remembered about the 1994 animated classic The Lion King. Then, he attempted to add to its legacy. “We had to hit those moments that people knew so well,” Favreau tells ABC’s Robin Roberts tonight in the primetime special The Lion King: Can You Feel the Love Tonight. But Favreau was also aware that he had to “take it a step further, update it and not just make the same movie again.”Favreau also noted that while his mission was also to make it “feel like a live-action film as much as possible,” he also confirmed that the entirety of the movie was created using CGI.  All 1,400 shots — except for one.

“There’s one that’s actually photographed in Africa,” Favreau confessed, “just to see if people could pick it out.”

The Lion King: Can You Feel The Love Tonight also features interviews with some of the all-star cast, including Donald Glover, who plays Simba, as well as Florence Kasumba, Seth Rogen, Keegan-Michael Key and Billy Eichner.

In addition, original animated version voice actors Whoopi Goldberg, Matthew Broderick and Jeremy Irons pay tribute to the new film. So does Elton John, who co-wrote and performed songs in the 1994 classic and contributes to the new one.Tuesday night’s special will also feature an exclusive, unreleased scene from the film.

The Lion King: Can You Feel The Love Tonight airs Tuesday, July 16 at 8 p.m. ET on ABC.  The Lion King hits theaters nationwide July 19.Disney is the parent company of ABC News.

Mom dying of ovarian cancer shares what she wants women to know about the deadly disease
First ‘SNL’ guests of the season: Owen Wilson, Kim Kardashian West, Rami Malek, and Jason Sudeikis
Jada Pinkett Smith celebrates 50th birthday on ‘Red Table Talk’; ABC to adapt Baratunde Thurston’s ‘How to Be Black’
Tonight on ABC: ‘The Wonder Years’
Is It Time To Go All-In On The Raiders?
‘Ted Lasso’ Emmy winner Brett Goldstein has been off the market, his comedienne girlfriend confirms