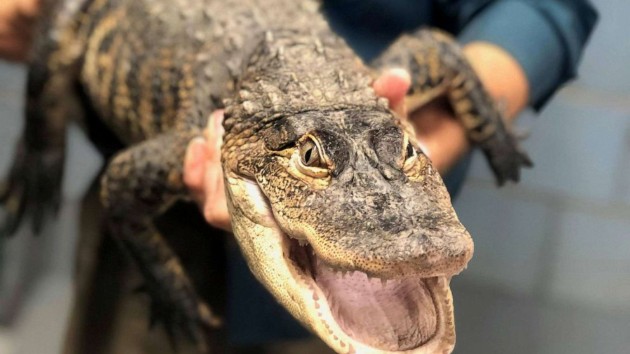 (CHICAGO) — An alligator has been captured in Humboldt Park Lagoon in Chicago overnight, police confirmed Tuesday morning, one week after the reptile was first spotted there.The gator, nicknamed “Chance the Snapper,” is between 4 and 5 feet long, specialists said, according to Chicago police. It was believed to have been a pet that someone dropped off at the lagoon, Jenny Schlueter, a spokeswoman for Chicago Animal Care and Control, told ABC News last week.Police said the gator was captured safely and humanely.Authorities will release more information at a news conference Tuesday. Copyright © 2019, ABC Radio. All rights reserved.