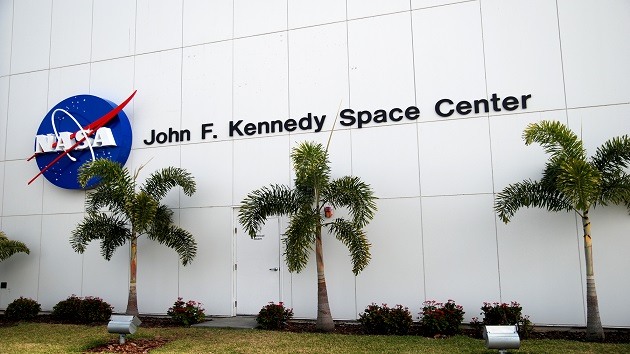 (BREVARD COUNTY, Fla.) — Astronaut Michael Collins, 88, returned to where it all began — the spot where Apollo 11 launched into space 50 years ago Tuesday. He reflected on the mission that brought man to the moon and what he hopes to see for space exploration in the future.“It’s a wonderful feeling to be back at Launchpad 39A,” Collins told Robert Cabana, director of the Kennedy Space Center in Florida.Once referred to by some as the loneliest man in the universe, Collins appeared on stage as he was in the command module 50 years ago — without fellow Apollo 11 astronauts Buzz Aldrin and Neil Armstrong.During the mission, while Armstrong and Aldrin made man’s first steps on the moon, Collins stayed in the command module.Had the mission failed, Collins could have been faced with the prospect of riding back to Earth alone across a quarter-million miles of space.“I want to turn and ask Neil a question, maybe tell Buzz Aldrin something, of course I am here by myself, but I know they would enjoy joining in to this sort of a conversation as much as I’m looking forward to it,” Collins said.Collins recalled the training and preparation that went into the Apollo 11 mission, when he spent more than 600 hours in a simulator preparing for the unprecedented journey.“No matter how well things are going for you, you can’t just relax and pat yourself on the back and say, ‘isn’t this wonderful?’”“Apollo 11 … was serious business. We, [the] crew, felt the weight of the world on our shoulders,” said Collins. “We knew that everyone would be looking at us, friend or foe, and we wanted to do the best we possibly could.”When asked where we go from here, Collins said that he “loved” the name Artemis, but his ideal space pursuit would be to go to Mars.Artemis 1, according to NASA, is “America’s moon to Mars approach for human space exploration.”The program’s stated goal is to land “the first woman and the next man” on the moon by 2024.“I think women can do anything that men can do in space, perhaps they can do it better,” said Collins. “But I don’t want to go back to the moon, I want to go direct to Mars, I call it the JFK Mars express.”Artemis 1 launch director Charlie Blackwell-Thompson said she enjoyed listening to Collins reflect on his experience and said she “couldn’t help but feel the goosebumps come up on [her] arm as [she] saw the final seconds tick off the countdown clock in the video.”Blackwell-Thompson’s launch team joined the original Apollo 11 launch group in Firing Room 1 to celebrate and share lessons learned from one launch team to another.After his interview, Collins also visited the Launch Control Center and Firing Room 1 to reconnect with the launch controllers from the Apollo 11 quest and meet with those who will launch the Artemis missions.As the 50th anniversary of the moon landing approaches on Saturday, July 20, there are a host of other events to commemorate the historic feat.The Smithsonian’s National Air and Space Museum will project the image of a 363-foot Saturn V rocket onto the Washington Monument, while a 17-minute show, “Apollo 50: Go for the Moon” detailing the mission, plays on screens nearby. The simple projection of Saturn V will light up the Washington Monument starting Tuesday, and the “Apollo 50: Go for the Moon” show will play Friday and Saturday.The National Air and Space Museum also displayed the spacesuit astronaut Neil Armstrong wore during his ‘giant leap for mankind’ on Tuesday morning for the first time in over a decade.Copyright © 2019, ABC Radio. All rights reserved.