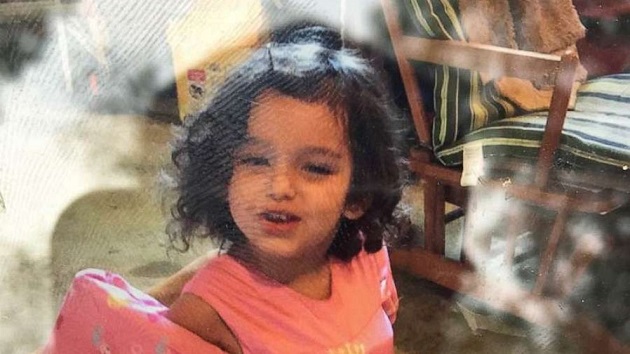 (MONROE, Mich.) — A 2-year-old girl was found alive and healthy Tuesday morning, after she spent the night lost in the woods while on a family camping trip in northern Michigan, authorities said.Gabriella Roselynn Vitale was reunited with her mother and taken to a hospital to be evaluated, but first responders say she appears to be in good shape, according to Michigan State Police.Over 50 searchers and 10 canines were looking for the little girl Tuesday morning before Michigan State Police announced that she had been found.Gabriella’s family had told the Oscoda County Sheriff’s Office and Michigan State Police that they had been camping in a wooded area for a few days and were getting ready to leave Monday morning when they noticed that the toddler was gone.

On Tuesday morning, more than 24 hours after she disappeared, Gabriella walked to a home between a quarter mile and a half mile away from the command center, said police.A resident at the home had been contacted by authorities earlier so she knew Gabriella was missing, said police.This house was out of the zone that had been searched so far, police said.Gabriella was missing her bottoms and her shoes, but seemed relatively unfazed for a 2-year-old who had been missing in the woods overnight, said police.Early into the search, the girl’s pink jacket was found several hundred yards away from where she went missing, police said.The family says they live in the Monroe, Michigan, area, which is about 200 miles south of where the girl went missing.Copyright © 2019, ABC Radio. All rights reserved.

Gabriella Roselynn Vitale was reunited with her mother and taken to a hospital to be evaluated, but first responders say she appears to be in good shape, according to Michigan State Police.