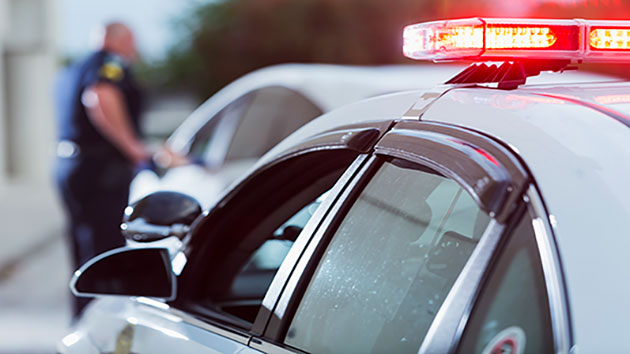 (MILWAUKEE) — Outrage and agony engulfed residents of Milwaukee over the death of a 3-year-old girl who was fatally shot when police say an apparent road rage incident allegedly sent an armed motorist into a fury and prompted him to open fire on a car carrying the child, her three young siblings and her mother.The incident marked at least a dozen road rage shootings in seven states across the country in just the past 45 days that have left five people dead and 11 injured.In the latest incident, Brooklyn Harris was riding in a car Saturday morning — with her mother and three siblings, ranging from ages 1 to 4 — when her mom nearly collided with a black Ford SUV, whose driver opened fire, killing Brooklyn. “They didn’t give that baby a chance to live. She just turned three,” Brooklyn’s grandmother said at a vigil for the child on Saturday night. The fatal incident unfolded just before 9 a.m. in a northwest Milwaukee neighborhood, police said. The suspect, apparently angry over the near accident with Brooklyn’s mother, allegedly opened fire on the family’s white sedan and attempted to drive away, police said.Officers responding to the scene spotted the suspect’s fleeing SUV and gave chase, police said. The suspect crashed, jumped out of his vehicle and ran, police said.After a brief search, he was found hiding in bushes and placed under arrest.The suspect’s name was not immediately released. Police were still investigating the case Monday and had yet to submit it to the Milwaukee County District Attorney’s Office for review, officials said.In an emotional news conference on Saturday, Assistant Police Chief Ray Banks expressed frustration over the shooting.”If our community has gotten to the point where we can get angry over a traffic accident and we start shooting at kids in a car, and we have a 3-year-old old dead, every one of you should be just as angry about this as I am,” Banks told the community. “We are consistently burying our children. That’s not supposed to happen.”The shooting came just days an apparent road rage incident on July 4 near Houston left two children, ages 1 and 2, and their parents injured when an 18-year-old motorist allegedly opened fire on their pickup truck, igniting fireworks the family had just purchased.On Monday morning, a 28-year-old man was fatally shot and his 26-year-old passenger critically wounded when a traffic collision apparently escalated into a shooting in the Kensington neighborhood of Philadelphia, police told ABC station WPVI-TV in Philadelphia.Since June 1, road rage encounters have also led to fatal shootings in Indiana, Alabama, Tennessee, Florida and Pennsylvania, according to police.A woman in Dodge City, Alabama, was arrested after she allegedly tried to shoot a motorist in a road rage encounter on July 6, and ended up shooting her husband in the head, police said. Erica Cole was arrested on suspicion of attempted murder, assault and reckless endangerment, authorities said. Her husband survived.The Dodge City incident came a day before a woman, identified by police as Zakia Bibbs, 23, was shot to death and two passengers riding with her were wounded in a road rage incident on a freeway in Tuscaloosa, Alabama.On June 12, two men were fatally shot in a gunfight that erupted over a road rage incident in Memphis, Tennessee. Truck driver Keith Byrne, 41, apparently cut off a BMW that Andre Sinclair, 22, his girlfriend and baby were riding in, police said.Bryne was apparently on the phone with a friend at the time and said he was pulling over to apologize to the occupants of the BMW, police said. But when he stopped, Sinclair allegedly got out of the car with a gun and he and Bryne, who was also armed, fatally shot each other, police said.Copyright © 2019, ABC Radio. All rights reserved.