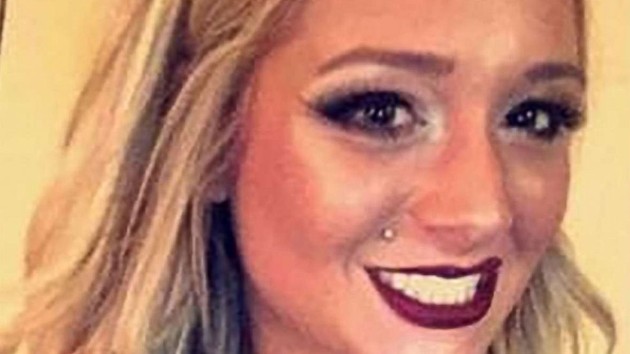 (RICHMOND, Ky.) — Gruesome new details were revealed in court Monday surrounding the death of Kentucky mom Savannah Spurlock, whose remains were found behind a home in Garrard County months after she vanished. Spurlock’s body was wrapped in plastic trash bags when she was discovered in a 19-inch deep grave last week, a Kentucky State Police detective testified Monday, reported ABC Lexington affiliate WTVQ-TV.The testimony came as David Sparks, 23, one of the three men last seen with Spurlock in January, appeared in court. Sparks was arrested Thursday and charged with abuse of a corpse and tampering with physical evidence, authorities said.Sparks’ family owns the property where Spurlock’s body was found Wednesday night, Kentucky State Police spokesman Trooper Robert Purdy said at a news conference last week. Last week, one of Sparks’ relatives reported a “foul odor coming from his property and he became concerned,” according to the Commonwealth of Kentucky’s uniform citation for Sparks’ arrest. At the property, Spurlock’s remains were found underground, “concealed in an unnatural position,” the citation said.Spurlock’s feet were bound with tape, her body was folded over and a rug was behind her back, the detective testified Monday, according to WTVQ, adding that the rug came from Sparks’ bedroom. Blood in a closet in Sparks’ house matched Spurlock’s DNA, the detective said, per WTVQ. Spurlock, a 23-year-old mom of four, went missing in January after leaving a bar in Lexington with three men, according to authorities. Sparks allegedly told police that Spurlock came back to his house, fell asleep, and later woke him up to ask him where she was, the detective testified, according to WTVQ. Sparks allegedly said he gave her the address and went back to sleep, waking up later to find her gone.An official told ABC News in February they knew the three men took Spurlock to a home in the rural county, but not “when, how she left, or what happened to her after that.” The property where Spurlock was found had been searched several months ago, but no body was found then, Purdy said. All three men were interviewed, but not charged at the time. Sparks was a primary suspect in her disappearance, according to the citation. Authorities on Thursday did not discuss the possibility of additional charges, and Sparks was held without bond, WTVQ reported. A not guilty plea was entered for Sparks last week, according to CBS affiliate WKYT-TV.Copyright © 2019, ABC Radio. All rights reserved.

Statue of Bitcoin founder honors mysterious ‘god’ of cryptocurrency
COVID-19 live updates: More than 10,000 new deaths reported in US in one week
Tyra Banks defends Olivia Jade ahead of her ‘Dancing with the Stars’ debut: “Olivia is so brave”
Murdaugh murders and mysteries timeline: Key events in the South Carolina family’s scandals and deaths
Alaska once had the highest vaccination rate. Now it’s in a COVID-19 crisis.
In theaters now: Gerard Butler and Frank Grillo in the “irreverent, explosive” ‘COPSHOP’