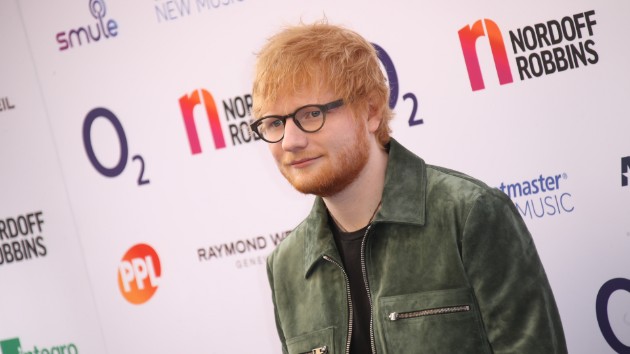 (NEW YORK) — Four-time Grammy-winning artist Ed Sheeran is opening up about his struggle with social anxiety.”I don’t like large groups of people, which is ironic given I play to thousands,” Sheeran said in an interview with Charlamagne Tha God for Sheeran’s YouTube channel.Sheeran also said that he believes his anxiety has come along with his success.Sheeran has sold over 150 million albums but has closed himself off from many of his old friends, he shared. What has brought some stability to his life is marrying his childhood sweetheart, Cherry Seaborn.The couple tied the knot in December and live out in the country where Sheeran can get away from the crowds. As much as he struggles with large groups, Sheeran said he loves working with fellow artists. His new studio album No.6 Collaborations Project dropped last week, featuring some of the world’s biggest pop and rap stars including Justin Bieber, Cardi B. and Bruno Mars.

What is Title 42? Amid backlash, Biden administration defends use of Trump-era order to expel migrants
Pelosi may delay vote on Senate bipartisan infrastructure bill
GOP-led review of Arizona ballots reaffirms Biden’s win
Nick Cannon teases possibility of having more children: “My therapist says I should be celibate”
‘Celebrity Wheel of Fortune’ returns on ABC Sunday night
Gabourey Sidibe shares the special connection she has to her new podcast thriller ‘If I Go Missing the Witches Did It’