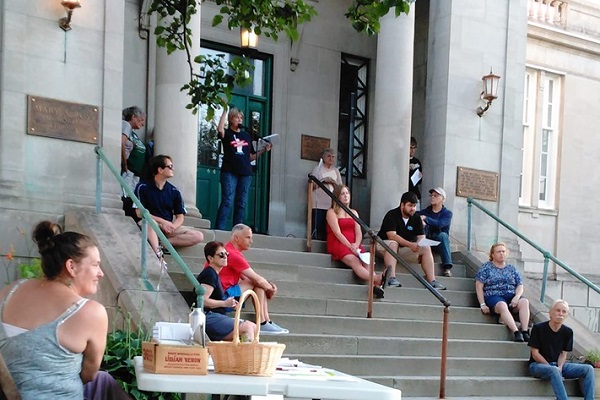 Clarion, PA – Over the weekend in Clarion, a vigil was held for children being detained at the Mexican border.

Kathleen Krouse with Indivisible We Rise, the group that organized the event, says that she saw all kinds of people at the rally, including people from all sides of the political spectrum.

Although the majority of media coverage has been about detainment centers near the southern border for people who have illegally crossed into the country, there are also multiple detention centers in each state, including one in Berks County, PA.

Listen to the interview with Kathleen Krouse.

Hear other audio from other people who were at the rally.