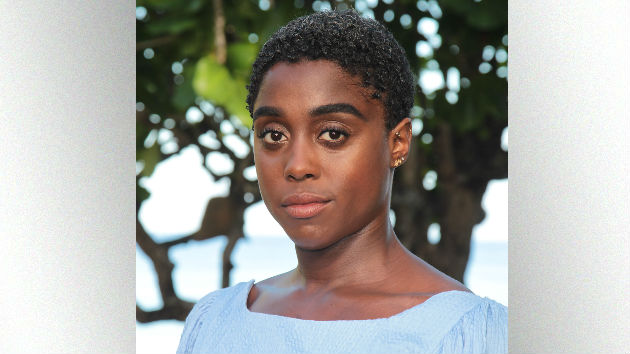 (LONDON) — Lashana Lynch will reportedly make history with her upcoming role in the next James Bond film, which for now is being called Bond 25.

According to multiple reports, including U.K.s Metro, Lynch has been tapped to play 007 in the movie — but not James Bond himself.  Daniel Craig will be back as Bond, but in the beginning of the film, he’s retired from the spy game, so Lynch will reportedly come in as a new agent who takes over his infamous 007 code name.

The report states, “There is a pivotal scene at the start of the film where M says ‘Come in, 007’, and in walks Lashana, who is black, beautiful and a woman.”

If the report is accurate, Lynch would be the first black actor, and the the first female actor, to carry the “007” title.  The new gig could also possibly establish a spinoff for her 007 character in forthcoming Bond films.

Emmy Awards host Cedric the Entertainer says he’s committed to improving conditions for Black comedians
COVID-19 live updates: More than 10,000 new deaths reported in US in one week
Tyra Banks defends Olivia Jade ahead of her ‘Dancing with the Stars’ debut: “Olivia is so brave”
Murdaugh murders and mysteries timeline: Key events in the South Carolina family’s scandals and deaths
Alaska once had the highest vaccination rate. Now it’s in a COVID-19 crisis.
Priyanka Chopra responds to growing criticism over ‘The Activist’: “The show got it wrong”