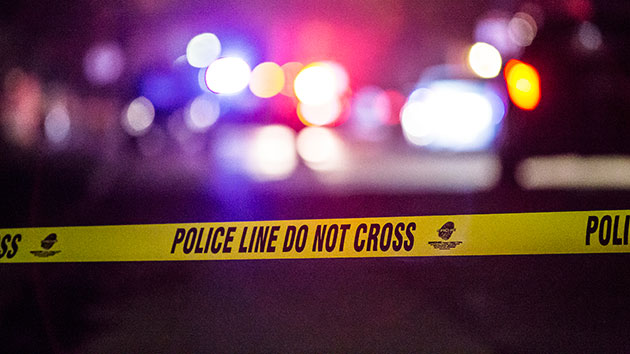 (BATON ROUGE, La.) — Homicide investigators are probing a “heinous act” after the body of a 75-year-old woman who co-founded an African American museum in Louisiana was discovered dead in the trunk of a car.Sadie Roberts-Joseph, a Baton Rouge community activist who teamed up with police on an anti-drug and violence program, was found slain Friday afternoon when police were directed to a car parked in a residential neighborhood northeast of downtown Baton Rouge and discovered her body in the trunk, officials said.”Our detectives are working diligently to bring the person or persons responsible for this heinous act to justice,” the Baton Rouge Police Department said in a statement.Louisiana state Rep. C. Denise Marcelle called Roberts-Joseph an “amazing woman” who loved history.”My heart is empty … as I learned last night that Ms. Sadie Roberts Joseph was found murdered!” Marcelle said in a statement posted on Facebook. “She never bothered anyone, just wanted to expand her African American Museum downtown, where she continually hosted the Juneteenth Celebration yearly. I loved working with her and am saddened by her death. … Whoever knows what happened to her, please contact the authorities and say something.”Police did not say how Roberts-Joseph, known as “Ms. Sadie” in her community, died, nor did they explain what led them to look in the trunk of the car parked about 3 miles from her home.An autopsy is being conducted to determine the cause of death, police said.Baton Rouge police officials called Roberts-Joseph a “tireless advocate of peace in the community.””Ms. Sadie is a treasure to our community. She will be missed by BRPD and her loss will be felt in the community she served,” police officials said in a statement posted on Facebook.The victim’s sister, Beatrice Johnson, told The Advocate newspaper of Baton Rouge that Roberts-Johnson stopped by her house earlier on Friday. She said her sister lived near her in the Scotlandville neighborhood of Baton Rouge and would check in with her daily.”Friday, she came by [because] she had mixed some cornbread, but her oven went out, and she brought it here to put in the oven,” Johnson told the newspaper. “The bread is still there. She never came back to get it.”Roberts-Joseph helped found the Odell S. Williams Now and Then African-American History Museum in 2001. The museum, now known as the Baton Rouge African-American History Museum, is housed on the campus of New St. Luke Baptist Church in Baton Rouge.She also organized the city’s annual Juneteenth festival at the museum, commemorating the abolition of slavery in the U.S., and partnered with Baton Rouge police to launch a Community Against Drugs and Violence program.In a recent interview with ABC affiliate station WBRZ-TV in Baton Rouge, Roberts-Joseph said her work at the museum and the annual Juneteenth event was meant “to celebrate, to embrace” African American history and to “learn of our past and to be able to move forward in unity.”Baton Rouge police are asking anyone with information on the case to contact homicide detectives immediately.Copyright © 2019, ABC Radio. All rights reserved.