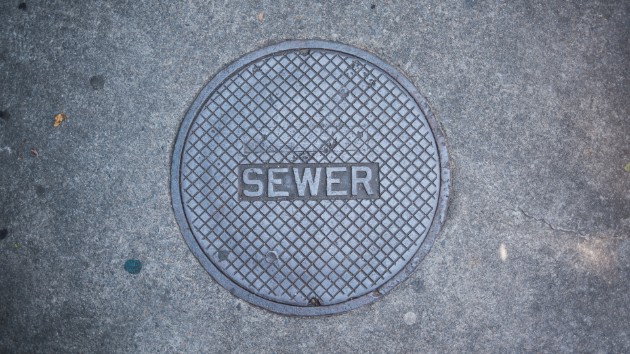 (ALDAN, Pa.) — Authorities are investigating the deaths of two Pennsylvania sewage workers who were found unconscious at the bottom of a 30-foot manhole on Thursday.The victims, both males in their 20s, were conducting tests on the sewer system in Aldan, located along the southeastern portion of the state.Co-workers a few blocks away said they lost contact with the pair and found the men unresponsive when they went to check on them at around noon, officials said. Emergency responders pronounced them dead at the scene.”This might be the first time this has ever happened,” Aldan Mayor Carmen Maniaci said during a press conference Thursday. “We’re going to do our best to recover and move forward.””It’s a very heartbreaking situation we have going on here,” he added.Police are withholding their identities pending family notifications.Aldan Borough Police Chief Ken Coppola said the men were conducting a dye test on the sewage system when they died.”One of the victims, his father is a police officer, not here but in another Delaware County community. The other victim we all know. We know the family,” Coppola told reporters. “I feel very uncomfortable giving names right now until I know that the entire family has been notified.”Police believe they may have been overcome by gas fumes while underground, but they are awaiting an official cause of death from the medical examiner’s office.Delaware County and Occupational Safety and Health Administration officials are investigating the deaths. Copyright © 2019, ABC Radio. All rights reserved.