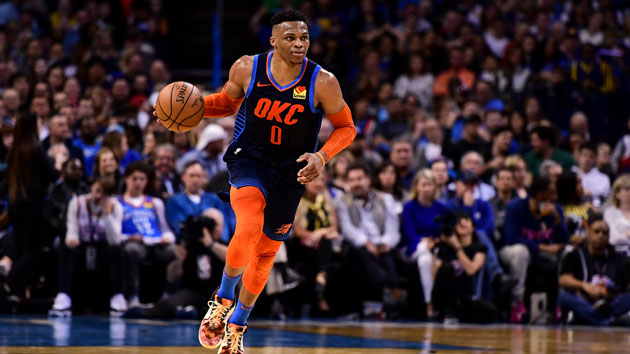 (NEW YORK) — The Oklahoma City Thunder have agreed to trade point guard Russell Westbrook to the Houston Rockets for Chris Paul and a package of draft picks, ESPN reports.The blockbuster move reunites Westbrook with former Thunder teammate James Harden in Houston. Oklahoma City had been working with Westbrook to complete a trade since last week when they traded star Paul George to the Los Angeles Clippers and decided to enter a rebuild.Sources told ESPN that the Rockets were Westbrook’s preferred destination. The Thunder will receive Houston’s first-round draft picks in 2024 and 2026, as well as the right to swap first-round picks in 2021 and 2025.Combined with the haul they got for George, the Thunder now have seven first-round selections — in addition to their own — between now and 2026.Copyright © 2019, ABC Radio. All rights reserved.