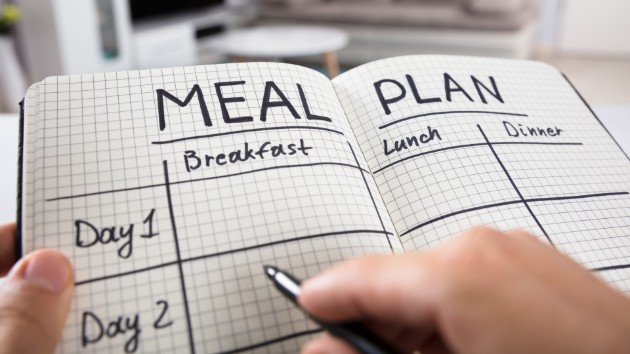 (NEW YORK) — It’s no secret — watching what you eat can help keep your heart healthy. But new research published in The Lancet Diabetes & Endocrinology has reached a surprising conclusion: even those of us with a healthy weight might benefit from cutting out a relatively small number calories from our daily diet. “We wanted to investigate the effect of calorie restriction on disease markers in healthy, young humans,” Dr. William Kraus, preventative cardiologist and lead author of the study, told ABC News. “We found that a small calorie reduction — around 300 — appears to be beneficial to the heart.”Researchers studied two groups of healthy people, all under 50 years old, over a period of two years. One group of 71 people continued a normal, unrestricted diet. The other group of 188 people underwent calorie restriction. In the beginning, the second group was asked to cut 25% of their daily calories. “We didn’t alter the proportion of carbohydrate, fat or protein — we just reduced the calorie content,” Kraus told ABC News. This was done by teaching study participants the essentials of calorie restriction, such as calorie counting and portion size. People were asked to maintain the diet over two years, but the average person in the calorie restricted group managed to cut down only 12% of their calories, equivalent to roughly 300 calories per day. That’s a modest decrease — just a fraction of the 1,600 to 2,400 recommended daily calories for women, and 2,000 to 3,000 recommended calories for men. Three hundred calories is equivalent to a slice of apple pie, 30 potato chips or “cutting out a snack after dinner,” Kraus told ABC News. Even with this limited reduction, there were striking benefits: people lost over 11 pounds of fat and had reduced levels of bad cholesterol (LDL), increased levels of good cholesterol (HDL) and lower blood pressure. They were also more sensitive to insulin, a key blood sugar hormone, potentially reducing the risk of diabetes.“Clearly what surprised us was the magnitude of response in people that already have normal parameters, are young and have a normal weight,” Kraus told ABC News. Researchers found that even in young, healthy adults, a moderate calorie restriction can improve cardiovascular risk factors with a potential long-term benefit for heart health. The next step is exploring why the benefit is so big. “We expected some improvement in their biological parameters because they were losing weight,” Kraus said to ABC News, “but the weight loss only explained 25% of the improvement.” Dr. Kraus has some theories about where the remaining 75% comes from. “The effects of calorie restriction on DNA methylation is something we want to study in the future,” Kraus said. Methylation is a type of chemical modification made to DNA in response to environmental changes — including nutrition — which alters how genes are expressed. Dr. Frank Hu a professor of nutrition and epidemiology at Harvard, called the study “groundbreaking in several respects,” but remained cautious. “One practical challenge of translating calorie restriction is reliably counting daily calories and establishing optimal levels of calorie restriction,” said Hu. He added that calorie counting alone is “unlikely to curb the global obesity epidemic.” “Creating a healthy food environment and changing social norms…can make it easier for individuals to achieve and maintain a healthy weight,” Hu said. Nevertheless, inexpensive and effective methods like calorie restriction could be invaluable in addressing some of issues surrounding the obesity epidemic. The bottom line according to Kraus: when it comes to cutting down on calories, “anything is better than nothing.”