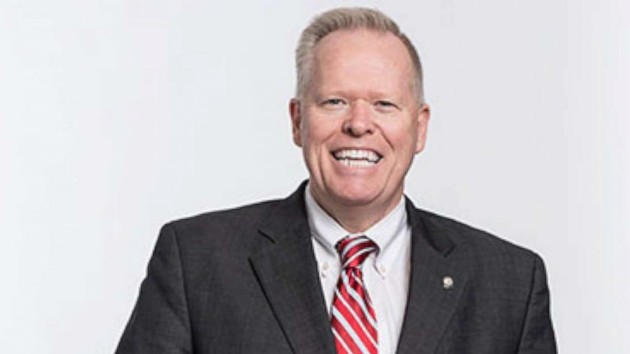 (COLUMBUS, Ohio) — The CEO of an embattled Ohio hospital resigned on Thursday and nearly two dozen workers were fired amid allegations that the hospital prescribed excessive painkiller doses that led to 25 patient deaths.Mount Carmel Health System CEO and President Ed Lamb said he planned to resign by July 25, officials announced on Thursday, just weeks after the hospital’s former intensive care doctor, William Husel, pleaded not guilty to murder charges in 25 deaths. “These last months have been difficult for our health care system, and, in times such as these, new leadership has the ability to facilitate healing and help restore the trust of the community,” Lamb said in a video statement Thursday.In addition, Richard Streck, the hospital’s executive vice president and chief clinical officer, will retire at the end of September, Lamb said.It did not immediately name an interim CEO.The Columbus-area hospital also said it fired 23 employees — including five physician, nursing and pharmacy management team members — as a part of its investigation into the potentially fatal doses. Husel’s attorney has repeatedly denied claims that the doctor ever intended to kill patients.Husel is accused of ordering excessive, and potentially lethal doses of fentanyl for patients under his care. The hospital fired Husel in December and placed dozens of employees on leave amid an ongoing internal investigation.All told, Mount Carmel Health System identified 35 patients who received what the hospital called “excessive” or “potentially lethal doses” of fentanyl, the hospital said.”We have also undertaken a careful case-by-case examination of the role of every colleague who was a part of the medication and administration of the affected patients, and the members of the management involved in oversight of those colleagues,” Lamb said, noting that it would “take time for Mount Carmel to restore our patients.”

McAuliffe, Youngkin spar over vision for commonwealth in first Va. gubernatorial debate
FDA panel recommends Pfizer boosters for people over 65 or high risk, votes ‘no’ for general population
Report: Wendy Williams taken to hospital to receive “psychiatric services”
COVID-19 live updates: More than 10,000 new deaths reported in US in one week
Murdaugh murders and mysteries timeline: Key events in the South Carolina family’s scandals and deaths
Priyanka Chopra responds to growing criticism over ‘The Activist’: “The show got it wrong”