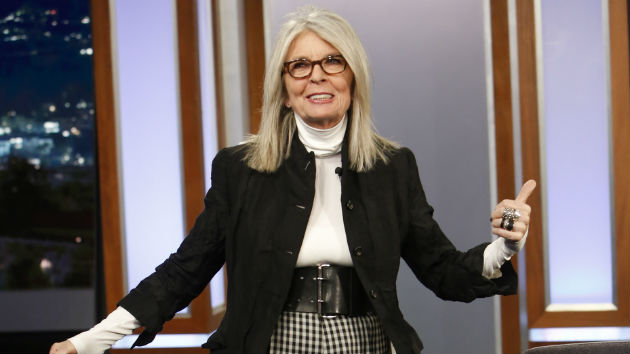 (LOS ANGELES) — Diane Keaton is opening up about her love life – or lack thereof – in a new interview with InStyle.

The iconic actress reveals she hasn’t be on a date in 35 years, and that suits her just fine.

“Never. All right?” Keaton tells the mag when asked if she’s dating. “Let’s just get that straight. That one’s important. I haven’t been on a date in, I would say, 35 years. No dates.”

The 73-year-old adds that she has a lot of male friends and a lot of friends in general, “but no dates. No mwah-mwah.”

In the past, Keaton dated her frequent film collaborator Woody Allen, as well as Warren Beatty and Al Pacino, among others, but now she’s embracing her single status.

“I’ve had a lot of independence, and nobody’s telling me what to do,” she tells InStyle. “I had a mother who encouraged that and helped me achieve the things I wanted to achieve. I’ve followed the paths I’ve wanted to follow. I like redoing houses, I like architecture, I like visuals, I like fashion, I like all of it.”

She’s also a mom to two children, 23-year-old Dexter and 18-year-old Duke, both of whom she adopted when she was in her 50s.

The August issue of InStyle — the Badass Issue — will be on newsstands July 19.