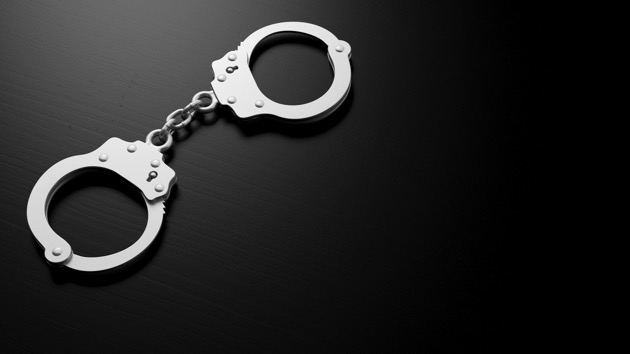 (SKANEATLES, N.Y.) — A convicted rapist and kidnapper who cut off his ankle monitoring bracelet has been caught after going on the run.Christopher Block was out on conditional release after serving more than two decades in prison when he allegedly cut his ankle monitoring bracelet off.Block, 61, was posted as wanted as of Wednesday night, with law enforcement teams in multiple upstate New York counties looking for him.The New York Department of Corrections and Community Services reported that Block was apprehended at about 8:30 Friday morning in Skaneateles.The team that caught him included members of the New York State Police, parole officers, police dogs, local law enforcement and the Department of Corrections Office of Special Investigations.Block is being taken to a local jail and will be scheduled to have a hearing for violating the terms of his parole, the Department of Corrections reported.Block was initially arrested after an incident in January 1984, when he kidnapped or unlawfully imprisoned two strangers, young women ages 22 and 23 years old, and proceeded to have sexual contact with them.According to his profile on the sex offender registry, he used a knife or a cutting instrument in the attack and immediately and physically overpowered the victims.The Department of Corrections reported that Block was originally sentenced to 24 to 50 years in prison over two counts of kidnapping, two counts of rape, two counts of sexual abuse, two counts of criminal possession of a weapon, and burglary.He was denied parole five times before he was conditionally released as a result of a statute, rather than by approval from the parole board, on May 8, 2017.The Department of Corrections notes that he returned to state custody on Nov. 16, 2017 and was released on Dec. 26, 2018, though it gives no details about why he returned to state custody at that time.The situation has frustrated local law enforcement, with the Cayuga County sheriff posting about the case on Facebook Thursday night about an apparent lack of communication earlier in the search.”It appears Onondaga County Sheriff Gene Conway and I share the same frustration. Not only should our local law enforcement agencies have been, and continue to be updated and kept in the loop of this ongoing investigation, the public should have been notified about this dangerous fugitive’s status much earlier. This is inexcusable,” Sheriff Brian Schenck wrote.Copyright © 2019, ABC Radio. All rights reserved.

Tyra Banks defends Olivia Jade ahead of her ‘Dancing with the Stars’ debut: “Olivia is so brave”
More than 600,000 flags on National Mall stand witness to America’s COVID dead
Murdaugh murders and mysteries timeline: Key events in the South Carolina family’s scandals and deaths
Alaska once had the highest vaccination rate. Now it’s in a COVID-19 crisis.
Priyanka Chopra responds to growing criticism over ‘The Activist’: “The show got it wrong”
In theaters now: Gerard Butler and Frank Grillo in the “irreverent, explosive” ‘COPSHOP’