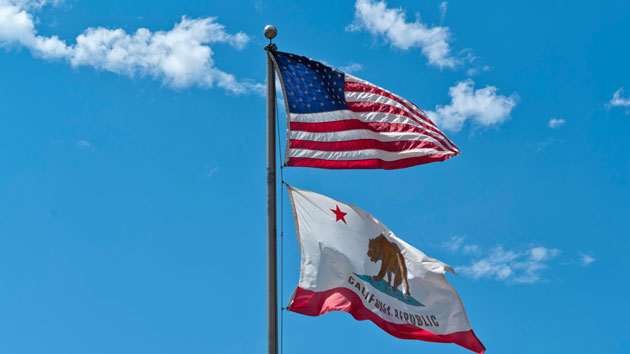 (SACRAMENTO, Calif.) — California has become the first state in the nation to extend healthcare coverage to undocumented young adults.Gov. Gavin Newsom on Tuesday signed into law Senate Bill 104, which extends access to Medi-Cal, the state’s healthcare insurance program for low-income residents, to all residents age 19 to 25, regardless of immigration status.Since 2016, California has provided Medi-Cal for undocumented residents under the age of 19. The new law extends the coverage to undocumented young adults up to 25 years old.According to the California governor’s budget summary, the new law will cost taxpayers about $98 million and cover approximately 138,000 young adults in the first year.President Donald Trump criticized the efforts in California, calling them “very unfair to our citizens.”“If you look at what they’re doing in California, how they’re treating people, they don’t treat their people as well as they treat illegal immigrants,” Trump told reporters earlier this month. “So at what point does it stop? It’s crazy what they’re doing. It’s crazy. And it’s mean, and it’s very unfair to our citizens.”In remarks this week, Newsom contrasted California’s policies to those espoused by Trump.”If you believe in universal health care, you believe in universal health care,” Newsom said on Tuesday. “We are the most un-Trump state in America when it comes to health policy.”Democratic candidates for president have also been prompted to weigh in on government-subsidized healthcare benefits for unauthorized immigrants.Last month, on the second night of the first Democratic debate, presidential hopefuls were asked whether their healthcare plan would cover undocumented immigrants. All ten candidates on stage raised their hand.“This is not about a handout,” said South Bend, Indiana, Mayor Pete Buttigieg. “This is an insurance program. We do ourselves no favors by having 11 million undocumented people in our country be unable to access healthcare.”“We already pay for the healthcare of undocumented immigrants,” noted former Housing and Urban Development Secretary Julian Castro on ABC’s ‘This Week.’ “It’s called the emergency room.”A recent CNN poll found that roughly 60% of Democratic voters are in favor of “health insurance coverage provided by the government” for undocumented immigrants.The rate of support, however, shrunk significantly when looking at all American voters, with 59% opposed and only 38% in favor.Copyright © 2019, ABC Radio. All rights reserved.