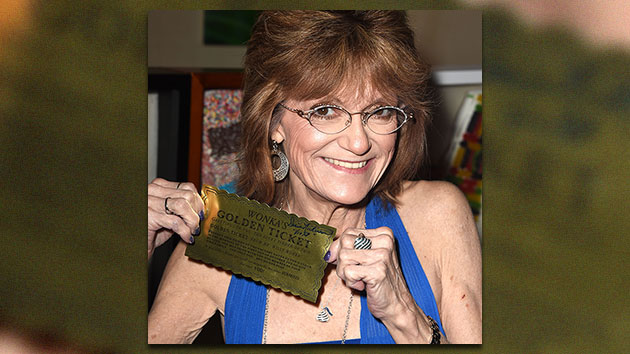 Denise Nickerson, the actress best known for playing Violet Beauregard in the 1971 version of Willy Wonka & the Chocolate Factory, died late Wednesday night after being taken off life support, her family announced on Facebook. She was 62 years old.

Nickerson suffered a stroke in June of 2018, landing her in the ICU. Despite a stint in a rehab facility later that year, her health continued to deteriorate.

“They just took off all the equipment. None of it was helping, but making her only more uncomfortable.  We’re telling her it’s okay to let go,” her son, Josh Nickerson, announced early Wednesday on Facebook.

Josh and his wife, Jasmine, created a GoFundMe page on Wednesday, where they explained that after Denise “got into her medicines and took as much as she could,” Josh stopped her and rushed her to the ER, where she suffered a massive seizure, later entering a “coma-like” state.

Before playing the gum-chewing Violet, who turns into a giant blueberry in the classic film opposite Gene Wilder as Willie Wonka, Nickerson appeared on the PBS series The Electric Company as Alison, and on the daytime drama Dark Shadows, where she played Amy Jennings from 1968-70.

Nickerson also appeared in soap opera Search for Tomorrow, in addition to several other small film roles, before giving up acting to become a nurse when she was 21.