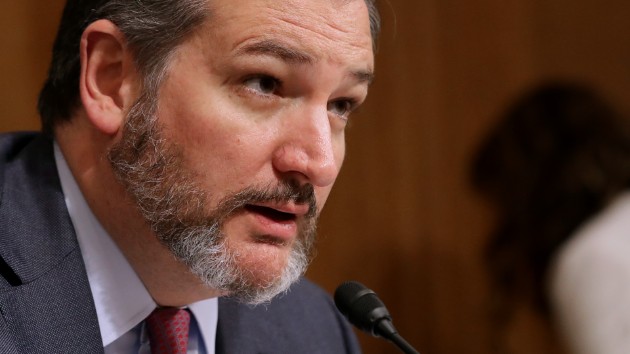 (WASHINGTON) — Secretary of State Mike Pompeo declared in May there was an emergency that required the Trump administration to bypass congressional approval to sell Saudi Arabia and the United Arab Emirates $8 billion worth of arms. Forty-seven days later, none of the weapons have been transferred to either country, according to a top State Department official, drawing outrage from Republicans and Democrats in the Senate who said it undermines the administration’s argument that there was an emergency. “How would sales that will not be delivered for many, many, months immediately respond to an emergency?” asked Sen. Bob Menendez, the top Democrat on the Senate Foreign Relations Committee. “I urge you to take another look at the definition of ’emergency’ and re-think your approach to engaging Congress.”Menendez was one of several lawmakers who grilled R. Clarke Cooper, the assistant secretary of State for Political-Military Affairs, on Wednesday. Cooper defended the administration’s decision to use the emergency clause as necessary because of the imminent Iranian threat and the need to support the two American partners, even after the Senate passed resolutions of disapproval against every one of the sales — 22 in total.While the emergency approval has allowed training and servicing missions to continue uninterrupted, according to Cooper, none of the military hardware had been transferred yet. Menendez added that only three out of eight sales of weapons or equipment had been formally submitted in a U.S. government contract — something Cooper said he could not confirm.It wasn’t just Democrats who laid into Cooper though. Sen. Ted Cruz, R-Texas, said he voted against the resolutions of disapproval because he agrees with the administration that the U.S. should arm its partner Saudi Arabia against Iranian aggression.But “the process that the State Department followed for these weapons sales … was crap,” he said, criticizing the decision to “circumvent the law and act unilaterally. … It was foolishness.”Cruz warned that if the administration made a similar move again, they would lose his and other Republicans’ support — although Pompeo has already made clear that this was a one-time move.”The simpler process is follow the damn law and respect it,” Cruz added.Immediately after, Democrat Chris Coons congratulated Cooper for “managing to achieve a rare moment of bipartisanship on this committee.”

“I can tell you, it’s not often that my colleague from Texas and I agree completely on a matter,” he added, eliciting laughs.Cooper deflected several questions about the Saudis and Emiratis’ troubled histories with U.S. arms, especially their air war against Iran-supported Houthi rebels in neighboring Yemen. In one exchange, he refused to acknowledge data that civilian casualties from the two countries’ airstrikes in Yemen had doubled in the last year, which an exasperated Sen. Chris Murphy called “maddening.”Instead, Cooper defended the administration’s record on pressing the Saudis and Emiratis on human rights in their societies while working with them on security challenges in the region: “We can do both,” he said.But Congress has been increasingly concerned with President Donald Trump’s relationship, particularly with the Saudis, and the aggressive behavior of the kingdom’s young Crown Prince Mohammed bin Salman, the de facto leader. In particular, lawmakers have said business as usual must end after the murder and dismemberment of Washington Post columnist Jamal Khashoggi by Saudi agents in the country’s consulate in Istanbul. Instead, Trump and top aides like Pompeo have doubled down on the Saudi relationship and dismissed Congress’ concerns.”The hearing we’re having today is just the very tip of the iceberg about what Congress needs to do to exercise oversight about why there is such a departure from the ordinary course of business on matters of such national security sensitivity with respect to Saudi Arabia,” said Democrat Tim Kaine, noting the emergency arms sales, the transfer of nuclear technology to the Saudis, and refusal to make a determination on Prince Mohammed’s role in Khashoggi’s killing, among others.Copyright © 2019, ABC Radio. All rights reserved.