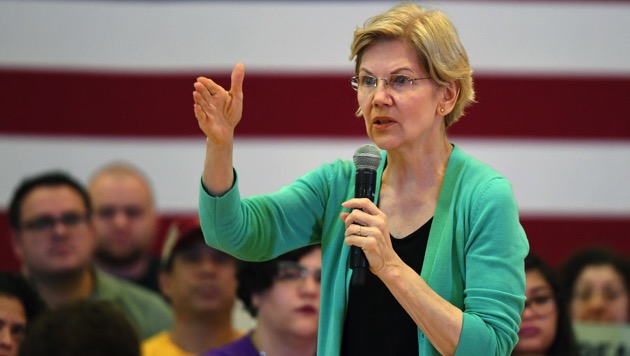 (WASHINGTON) — Flipping the government’s immigration policies has been a focus for most 2020 Democratic candidates, but Sen. Elizabeth Warren on Thursday became among the first to lay out a sweeping plan to overhaul the nation’s immigration laws and priorities.The six-page policy essay calls for, among other things, the decriminalization of unauthorized border crossings; a stance crowned by fellow candidate Julián Castro in the first debate where we saw some democrats, like former Vice President Joe Biden and Rep. Beto O’Rourke, disagree.Warren, who visited an unaccompanied migrant children facility in Florida last month, writes she would “refocus our limited resources on actual criminals and real threats to the United States,” citing a direction from government officials in recent years that resulted in immigration violations making up more than half of all federal criminal prosecutions in the last fiscal year of the Obama Administration.”And under Trump, it has become increasingly abusive,” Warren writes. The Donald Trump administration has faced significant backlash since instituting a “zero tolerance” stance on authorized migration, leading to the separation of thousands of children from their parents. The public has also seen an increase in highly-publicized raids nationwide by Immigration and Customs Enforcement. Officials have said these actions are a show of force to deter those considering crossing the nation’s southern border.By decriminalizing such border crossings, Warren aims to reduce the number of detained migrants and eliminate the practice of separating children from families.”This obsessive focus ties up federal prosecutors and overwhelms federal courts. It’s costly and unnecessary.”She says she’d issue guidance to officers that detention is only used for those who are a flight or safety risk and protections will be given to those who may be at an increased risk in a general detention facility such as asylum seekers, families, pregnant women and LGBTQ+ persons. With less people detained, Warren says she’ll be able to push for legislation to permanently ban for-profit detention centers, like the one she visited in Homestead, Florida last month.Republican party communication arms and the Donald Trump re-election campaign has already slammed the idea of no longer treating unauthorized border crossings as criminal, framing it as “open borders.” Trump campaign officials have told ABC News they plan to continue to paint these candidates as such.The new wave of Democratic immigration ideals is becoming a far cry from those of the Obama Administration. Former Homeland Security Secretary Jeh Johnson recently warned that decriminalization would attract even more migrants and, like Republican critics, described the plan as “tantamount to declaring publicly that we have open borders.”Warren’s policy plan goes beyond addressing apprehensions at the southern border, by “refocusing” DHS branches on cargo screening, smuggling and trafficking prevention and ending programs that push local law enforcement to apprehend illegal immigrants (although many major metropolitan cities have refused to do so).Under a Warren administration, she says, a renewed emphasis on transparency and oversight would prevent “further abuses.” Part of that effort would be a new Justice Department team tasked to investigate accusations of medical neglect and physical and sexual assaults of detained immigrants.”Let there be no ambiguity on this: if you are violating the basic rights of immigrants, now or in the future, a Warren Administration will hold you accountable,” she writes.An overhaul of the immigration court system would make it more efficient and fair, Warren says, “beginning by restoring judges’ ability to prioritize and manage their own dockets” and by guaranteeing every immigrant the right to a hearing and counsel.Additionally, the senator says she’ll reinstate Temporary Protected Status and expand the DACA program to cover those under the age of 18. She’ll expand legal immigration, foster five times more refugees in her first year compared to the Trump administration, commit $1.5 billion annually in aid, largely to Central America and renew a focus on stomping down crime that pushes people to flee to the United States, she writes.About 80 percent of all adults consider immigration a top issue for their vote in 2020, only lagging behind the economy, according to a new Washington Post-ABC News poll.Copyright © 2019, ABC Radio. All rights reserved.