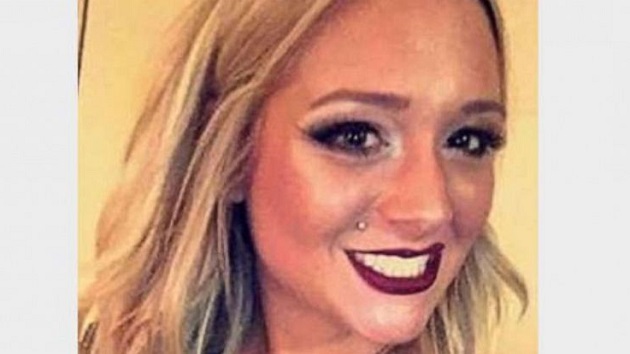 (RICHMOND, Ky.) — Authorities have located human remains in the search for a Kentucky woman missing for more than six months.The remains were located in a home just before midnight on Wednesday, but have yet to be positively identified, according to the Kentucky State Police. They will be sent to the state medical examiner’s office for an autopsy and identification, officials said. Savannah Spurlock, 23, went missing after leaving a bar in Lexington with three men in the early morning hours of Jan. 4, according to authorities. She has not been seen since.Spurlock is the mother of four children.

Kentucky State Police have also arrested David Sparks, 24, from Lancaster and charged him with abuse of a corpse and tampering with physical evidence. Further details of his arrest have not been released.

The search late Wednesday centered on a home in Garrard County, about 30 miles south of Lexington.The FBI’s Louisville office shared just before 9 p.m. local time on Twitter that their “Evidence Response Team [was] on scene at a residence in Garrard County with @kystatepolice and the Richmond Police Department as part of the Savannah Spurlock investigation.”An official told ABC News in February that they knew the three men took Spurlock to a home in the rural county, but not “when, how she left, or what happened to her after that.”The home in Garrard County was considered “her last known whereabouts,” Richmond Assistant Chief of Police Rodney Richardson told ABC News in early February. The home was the same location authorities were searching Wednesday.All three men were interviewed, but not charged at the time. No charges were announced Wednesday either.”Just before midnight, human remains were located by law enforcement officials,” Robert Purdy, Kentucky State Police public affairs officer, said on Twitter. “As a result of the ongoing investigation the deceased is being taken to the State Medical Examiner’s Office in Frankfort for an autopsy & identification.”Kentucky State Police first tweeted they were searching a home on Fall Lick Road in Lancaster, Kentucky, at 7:51 p.m.It is unclear what piece of new information led authorities to search the home Wednesday.Spurlock’s mother, Ellen Spurlock, called her daughter’s disappearance her “worst nightmare” in an interview earlier this year. She told ABC News she spoke to her daughter at about 3 a.m. on Jan. 4, while she was with the three men, and nothing seemed unusual.”When I asked her where she was, she said she was in Lexington,” Ellen Spurlock told ABC News. “She promised she would be home later that morning. She did not seem out of the ordinary.”In June, the family increased the reward for information leading to Spurlock’s “safe return or recovery” to $15,000.