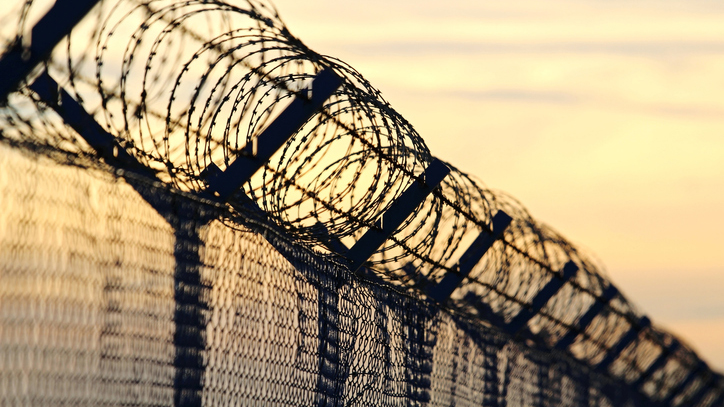 (CARRIZO SPRINGS, Texas) — Kevin Dinnin has made a living managing disaster response efforts around the world. But his most recent focus — the crisis at the southern U.S. border — has him fed up.“I hate this mission,” Dinnin said. “I hate it with a passion.”Dinnin is head of BCFS Health and Human Services, a company that runs temporary shelters for migrant children who either arrive at the border alone or are separated from relatives the Trump administration determines do not meet the standard of a legal guardian. The government relies on contractors like BCFS to care for the estimated 12,500 “unaccompanied” migrant children in government custody scattered in shelters across the U.S.Dinnin ran the now-closed Tornillo shelter, which folded shop last January amid fierce political protests and allegations that the government wasn’t moving children fast enough into sponsor homes. He now runs Carrizo Springs, an apartment complex that once housed oilfield workers but is now where some 200 undocumented children are being cared for.The House Oversight Committee is demanding to see government contracts with three for-profit contractors. Dinnin’s firm is not one of them.“The Committee is investigating the Trump Administration’s rapidly increasing use of for-profit contractors to detain tens of thousands of immigrants, including a troubling series of reports of health and safety violations and the dramatically escalating and seemingly unchecked costs to U.S. taxpayers for these contracts,” Chairman Elijah Cummings and subcommittee chairman Jamie Raskin, both Democrats, wrote in a letter to the contractors.Democratic presidential hopeful Bernie Sanders calls these shelters “racist child prisons.” Dinnin says the company works hard to ensure the children are cared for.But he’s also quick to call out the government for not being prepared to manage such a large-scale humanitarian crisis at its border — specifically U.S. Customs and Border Protection, which processes kids coming across the border, and the Department of Health and Human Services, which is charged with custody and placing the children with longer term sponsors.“The influx of May overwhelmed frankly CBP and HHS,” Dinnin said. “They were not prepared for that number of kids.”It’s not the first time the system for unaccompanied migrant children has been pushed to the breaking point. During the surge of migrants in 2014, the HHS Office of Refugee Resettlement completely ran out of space and couldn’t accept more children.“This program failed children that year,” said Mark Weber, HHS Deputy Assistant Secretary for Public Affairs.While HHS has operated near capacity during the recent influx this past year, Webber insists the agency never stopped accepting kids picked up by Border Patrol. Homeland Security, however, said some 2,500 children piled up at border facilities this May while HHS struggled to find placements at specific shelters based on age and gender.Relief for migrants in U.S. custody has come from the overall declining trend in southern crossings, likely the result of scorching summer heat and ramped up enforcement efforts by Mexico. Facilities across the country have now reduced the average time a child is expected to spend in custody by more than half, according to HHS.As the number of migrants crossing the southern border has fallen by nearly 30 percent in recent weeks, case workers are better able to handle the number of children sent to them by Border Patrol.The total number of minors in HHS care dropped from 13,500 at the end of June to just under 12,500 this week.But staff at Carrizo Springs is prepared for another influx, if needed.The gated campus sits off a dirt road on the outskirts of town. On a plot of land formerly used for oil workers, government contractors have now built a small town for kids that could house nearly a thousand more if needed. Currently, just over 200 kids reside in the dorm rooms.It’s equipped with bunks, classrooms, small soccer fields, a medical center, and dining hall.A brightly-colored welcome sign that reads “¡¡BIENVENIDOS!!” greets kids that come through the main gate.In the classrooms, kids are taught to read and speak English as they recite the alphabet and salute the American flag during the Pledge of Allegiance.Dinnin takes pride in his work as an emergency manager, while hoping that one day the work he’s doing in Carrizo Springs will no longer be needed.“We need to figure out a way to appropriately care for kids without opening influx shelters,” he said Wednesday.That day may soon be coming as the federal government now looks to change how it runs the holding centers. Weber said the agency is looking at five major cities in Texas, Arizona and Georgia to set up permanent intake centers for those kids who end up alone.