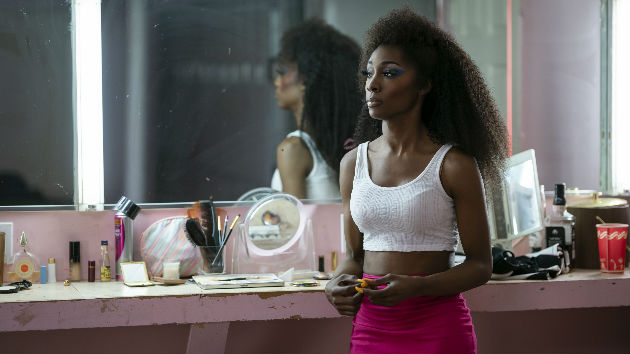 After her abrupt departure from Ryan Murphy’s hit FX show on Tuesday, Ross announced on Wednesday that she’s already landed her next role on Murphy’s other hit show, American Horror Story: 1984.

“I am ELATED to make history as the first trans actor to secure 2 series regular roles, leaping from #PoseFX to #AHS1984,” she tweeted. “Thank you @MrRPMurphy for the gift of playing Candy & creating my newest role on American Horror Story! I’m so honored & excited to join the @AHSFX family!!!”

Ross has been cast as a series regular on the upcoming season, which is set to pay homage to 1980s slasher films.

In a recent interview with Entertainment Weekly, Ross touched on how Candy’s violent death is an all-to-real scenario for trans women of color.

“It’s one of those things that I feel like, as soon as I heard the information, [I] was devastated and wanted to first ask, ‘Why? Why me? Why Candy?’” she said. “It was just such an echo of the same sentiment to any black trans woman that’s been passing week after week. Why them?”

A family promise led her to Mount Cristo Rey, the site of a pilgrimage for those seeking a miracle
Pediatricians with kids speak out about delta surge fears
Angela Bassett is amazed by her Madame Tussauds wax figure: “Oh Lord! I’m a twin!”
Tyra Banks defends Olivia Jade ahead of her ‘Dancing with the Stars’ debut: “Olivia is so brave”
Utah police release body camera image of Gabby Petito after apparent fight with boyfriend
Kevin Hart’s ‘True Story’ drama gets November release date; Giancarlo Esposito joins Netflix ‘Jigsaw’ series; and more