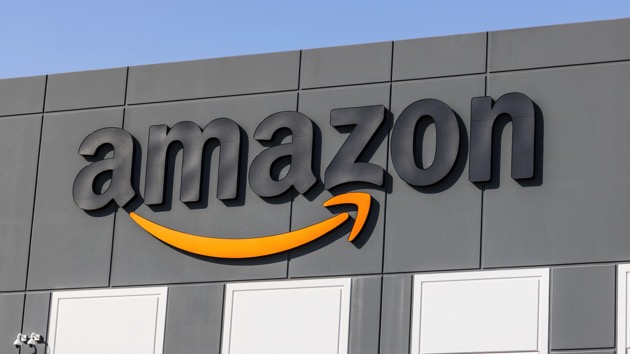 (SEATTLE) — Amazon will train up to 100,000 employees — or one-third of its U.S. workers — into higher skilled work, company officials announced Thursday.The move — and the investment of $700 million for the mega-retailer’s “Upskilling 2025” pledge — comes amid a period of historically low U.S. unemployment and as workers at tech companies are becoming increasingly outspoken about working conditions.The program aims to “provide people across its corporate offices, tech hubs, fulfillment centers, retail stores, and transportation network with access to training programs that will help them move into more highly skilled roles within or outside of Amazon,” according to the company’s press release.”While many of our employees want to build their careers here, for others it might be a stepping stone to different aspirations,” said Beth Galetti, Amazon’s senior vice president of human resources. “We think it’s important to invest in our employees, and to help them gain new skills and create more professional options for themselves. With this pledge, we’re committing to support 100,000 Amazonians in getting the skills to make the next step in their careers.”Experts met the news with cautious optimism.”There is a debate raging between labor conditions of the future. Companies are working to improve automation and productivity — but they also cannot become a symbol of job loss,” said Simeon Siegal, an analyst who covers Amazon for Nomura/Instinet Equity Research. “To that end, helping to upskill workers, if successful, could help the company’s bottom line as well, all while providing some better PR.””Amazon’s mega-size globally makes it a good investment to provide skill training for U.S. employees,” labor expert Harley Shaiken of the University of California, Berkeley, told ABC News. “The move, along with the $15 an hour wage, could well boost morale. That said, there have been real concerns about workplace and health and safety issues in fulfillment centers, aka warehouses.”For example, workers at the company’s Shakopee, Minnesota, facility plan to protest the company’s policy of using temporary workers and productivity quotas by holding a protest next week to coincide with the company’s annual shopping bonanza, Prime Day.Still, Amazon expects its workforce to hit 300,000 U.S. employees this year, and some of the company’s fastest growing jobs require skilled workers.Over the last five years, the company said its analysis reveals explosive growth in highly skilled jobs. Among the jobs experiencing hiring spikes are data mapping specialists (832 percent growth), data scientists (505 percent), solutions architects (454 percent), security engineers (229 percent) and business analysts (160 percent), according to the press release. Even within warehouse roles, Amazon says there’s been a 400 percent jump in highly skilled roles, including logistics coordinators, process improvement managers and transportation specialists.The company’s new training will include tech training for even non-tech “Amazonians” who want to learn software engineering, IT training, robotics, cloud computing and machine learning.The company is also offering warehouse workers a pre-paid tuition program for occupations of their choice.Human resource experts praised the move.”It’s a signal that they care about their workers as people,” Michael Bush, CEO at Great Place To Work, told ABC News. “When you upskill or train an employee, you’re not only helping them at Amazon, you’re helping them when they leave Amazon.””In an age of machine learning and artificial intelligence, when you tell workers, ‘your job is not going to be eliminated,’ they don’t believe that,” Bush said. “This helps them at Amazon and in the future.”Copyright © 2019, ABC Radio. All rights reserved.