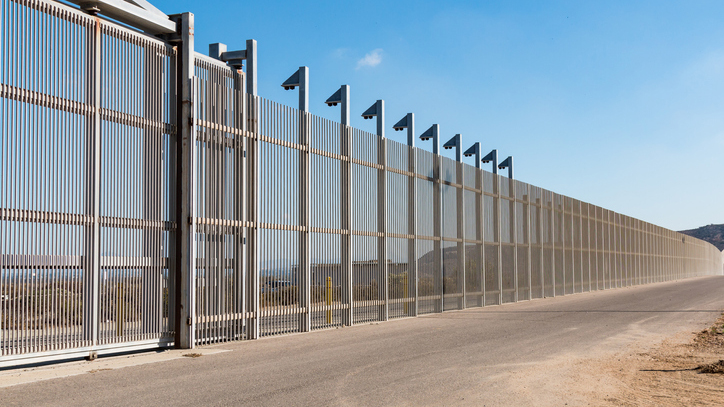 (WASHINGTON) — Two active-duty Marines were charged this week after allegedly trying to smuggle undocumented immigrants for “financial gain,” according to court documents from the U.S. District Court for the Southern District of California.Byron Darnell Law II and David Javier Salazar-Quintero were arrested on July 3 after Border Patrol agents intercepted them transporting three Mexican citizens without immigration documents in their vehicle approximately seven miles north of the U.S.-Mexico border and 20 miles east of the Tecate, California, port of entry. Two of the immigrants later told agents they were going to pay $8,000 to be smuggled into the U.S. with destinations of Los Angeles and New Jersey.On Monday, the two Marines appeared before a judge, who set their next court appearance for July 17. A lawyer for Law did not immediately return a request for comment and a lawyer for Salazar-Quintero declined to comment.Both individuals are riflemen with the 1st Battalion, 5th Marine Regiment, 1st Marine Division headquartered at Camp Pendleton, California.”We are aware of the charges facing Lance Cpl. Law and Lance Cpl. Salazar-Quintero, and we continue to cooperate fully with the investigative efforts into this matter,” said 1st Lt. Cameron Edinburgh, spokesperson for the 1st Marine Division, in a statement to ABC News on Wednesday.Law and Salazar-Quintero are among several active-duty service members who have been charged in recent years in connection with helping immigrants cross the border in exchange for financial benefit, according to the Washington Post.Border patrol agents had been searching for a group of undocumented immigrants on July 3 when one agent noticed a black vehicle “pull over onto a dirt turnaround from Interstate 8,” according to court documents. That agent found “fresh footprints leading to where the vehicle was momentarily parked” and communicated that information to other agents in the area.A second Border Patrol agent pulled over the vehicle, found Law and Salazar-Quintero in the driver and passenger seats — respectively — along with three Mexican citizens without immigration documents in the back seat.Law told the agent that Salazar-Quintero had asked him the night before if he was willing to make $1,000 by picking up undocumented immigrants, according to court documents. The two traveled that night to Jacumba, California, “guided via cell phone instructions from an unknown Mexican number,” and transported an immigrant from a exit on Interstate 8 to another vehicle in a McDonald’s parking lot in Del Mar.Law told the agent that the two were not paid for that event, but Salazar-Quintero called him again on the morning of July 3 to ask if he would transport additional immigrants, “guaranteeing they would get paid” for both jobs “in cash,” according to court documents. The Marines had just picked up the three Mexican immigrants when they were stopped by Border Patrol.Salazar-Quintero admitted to the agent that he had traveled to Jacumba to pick up immigrants “on four different occasions” and met with the individual who recruited him for the jobs “on several different occasions.”On Tuesday, the Department of Homeland Security announced that the number of undocumented migrants being apprehended at the southern border has dropped 28 percent since May. DHS attributed the change to less crossings in the hotter, summer months, as well as tougher enforcement by the Mexican government to stop undocumented migrants from traveling into the United States.