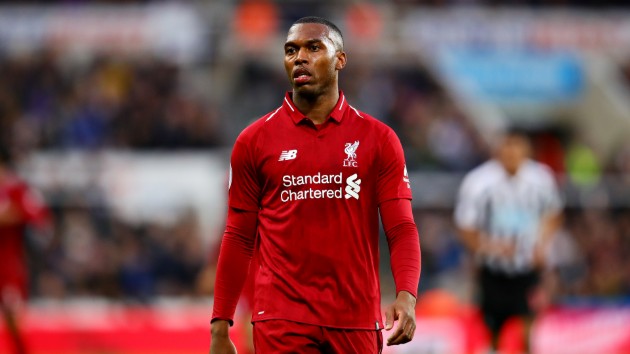 (LOS ANGELES) — Soccer player Daniel Sturridge has been reunited with his dog Lucci after the black and white Pomeranian was stolen from his West Hollywood home. Los Angeles police confirmed to KABC-TV the dog was located early Wednesday morning and police were not present when the dog was returned. Sturridge told police he did not believe the person who returned Lucci was involved in the burglary of his house.Sturridge, who made 18 appearances last season with Liverpool F.C. in England’s top soccer league, pleaded for the return of his beloved Lucci, who apparently was stolen from his home in the Hollywood Hills. “I’m not even trying to find out who did it. It doesn’t matter to me. I just want the dog back,” Sturridge said in an interview with ABC News’ Good Morning America. “I know there’s a lot of dog lovers out there … dogs are considered family members.”Sturridge discovered the pup was missing when he entered his home with his girlfriend and was alarmed that the Pomeranian did not rush to greet him. He then he noticed broken glass while walking around his kitchen. “Walked into the house, didn’t see the dog greeting us at the door,” he told GMA, “and everyone was like, ‘Yo where’s Lucci?"”Sturridge and his girlfriend checked upstairs and noticed that some of her bags and purses were missing. “You know,” he added, “if you break into a house, why would you take the dog?”Sturridge immediately took to social media and asked his 3.5 million followers to help him track down his beloved dog. The Pomeranian has his own account with over 10,000 followers. Los Angeles police confirmed they received a call at about 1:30 a.m and that other personal property was also taken from the residence. No arrests have been made at this time in connection to the dog napping or burglary, according to police. Sturridge, a forward, has 76 goals and 21 assists in 218 career appearances in the English Premier League.Copyright © 2019, ABC Radio. All rights reserved.

US enters deferred prosecution agreement with detained Huawei executive Weng Manzhou
Harris interview with ‘The View’ delayed after co-hosts test positive for COVID-19
Haitian migrants cleared from camp at Texas border but controversy continues
A special Bond: Daniel Craig named honorary commander in the Royal Navy
A century after arson decimated its Chinatown, San Jose to apologize for past racism and injustices
After people spoke out about COVID-19 vaccines and period changes, research is underway