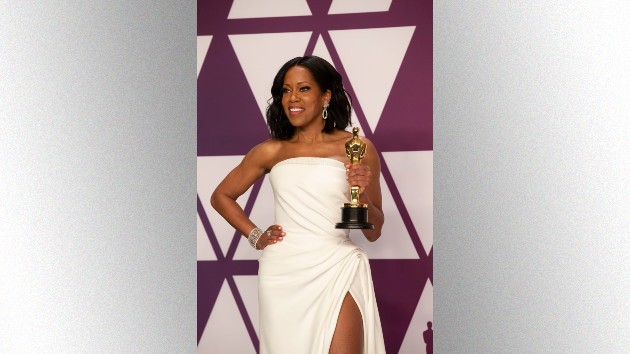 (LOS ANGELES) — Regina King is taking her directing talents to the big screen.

According to Deadline, the Oscar-winner has been tapped to direct a film adaptation of One Night in Miami, based on Kemp Powers’ stage play of the same name. The film will mark King’s first major theatrical directorial debut; she previously directed the BET film Let The Church Say Amen.

Like the play, the film will follow a fictional account of a real-life incident in which Muhammad Ali — then known then as Cassius Clay — spent an evening hanging out with football star Jim Brown, activist Malcolm X and singer Sam Cooke.

Set on February 25, 1964, the film follows Clay as he leaves the Miami Beach Convention Center as the World Heavyweight Boxing Champion after defeating Sonny Liston. However, he can’t party in Miami Beach because of Jim Crow-era segregation laws, so he ends up spending his night at the Hampton House Motel in Miami’s Overtown neighborhood celebrating with three pals:  Cooke, Brown and Malcolm X.

After their night out, according to Deadline, the men emerge the next morning “determined to define a new world.”

The film will also feature the music of Cooke, including his iconic song, “A Change Is Gonna Come.”

This is the latest project for King, who will soon been seen in HBO’s Watchmen series.