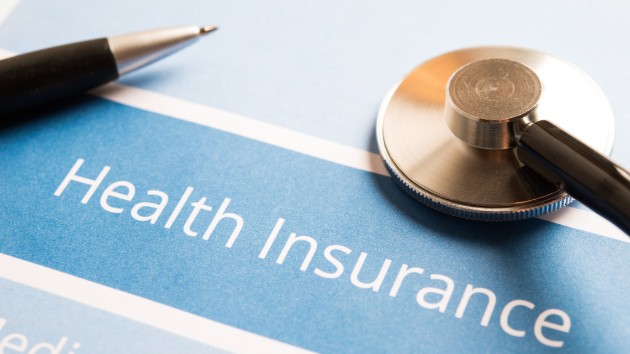 (NEW ORLEANS) — The fight to save the Affordable Care Act met stiff resistance on Tuesday from a panel of federal appeals court judges, who questioned whether the law’s command that Americans buy health insurance is constitutional.The hearing sets the stage for a major decision later this summer that could impact health care benefits for millions of Americans and supercharge debate over the law in the heat of the 2020 campaign.The Supreme Court in 2012 said the individual mandate — which orders Americans to obtain health coverage or face a financial penalty — is only permissible under Congress’ power to tax. But in 2017, the Republican-led Congress zeroed out the penalty, effectively making it a blanket government order.Late last year, a U.S. District Court judge said that order alone is unconstitutional and inseparable from the rest of the law, invalidating the entire thing.”Why is a command not a command?” Judge Jennifer Walker Elrod said as she pressed attorney Samuel Siegel, who is representing 20 Democrat-led states defending the ACA. “If this is no longer a tax, then what happens?””Then there are no legal consequences for going without health care coverage,” Siegel said.”You are violating the law,” Elrod interjected.For nearly two hours in a New Orleans courtroom, the judges — two Republican appointees and one by Democratic President Jimmy Carter — voiced skepticism about arguments that the individual mandate is now essentially just a toothless government suggestion.”Congress could have included a severability clause when it adopted the Affordable Care Act in 2010, but it seems like it did the opposite,” said Judge Kurt Englehart, a President Donald Trump appointee, pointing out that drafters of the law considered the individual mandate an essential component.”You are instructed to save everything [in the law] you can unless it’s evident that Congress would not have meant that, would have preferred no statute,” countered attorney Doug Letter, arguing on behalf of the Democrat-led U.S. House of Representatives.Letter argued that Congress in 2017 made clear it wants to keep most of Obamacare in place, even while zeroing out the mandate. He pointed to lawmakers’ multiple votes to keep the law despite Republican opposition.”Texas says, ‘Aha! Caught you. You just did something unconstitutional. You left the mandate in place and put the tax at zero.’ But there’s another way to read it,” Letter argued. “[Congress] hasn’t done anything unconstitutional. [It] made the tax zero. Again, everybody agrees congress has the power to do that.”Legal analysts see three possible outcomes in the appeals case: the court could affirm the lower court ruling, striking down the individual mandate and the entire ACA as unconstitutional; it could invalidate the mandate alone and sever it from the rest of the law, leaving much of the ACA in place; or it could leave the law functioning as-is.”As it stands today, the Affordable Care Act presents a stand-alone command to buy an insurance product that the federal government deems suitable and it does so without raising even a dime of revenue,” argued Texas solicitor general Kyle Hawkins. “The text of the ACA declares that mandate essential to the law and the goals that Congress wanted to achieve. “Hawkins, representing 18 states including Texas, backed by the Trump administration, said the entire law needs to be thrown out.”It’s not this court’s role to act as a legislature and cut sections out of a statute that Congress has had an opportunity to amend but has not done so,” Hawkins said.Regardless of the decision, both sides expect an appeal to the U.S. Supreme Court, which could hear the case sometime in 2020, if the justices decide to take it up.If the Affordable Care Act is entirely invalidated, Americans would no longer receive protections for preexisting conditions, free preventive benefits coverage in all plans, mandatory acceptance of children on their parents’ plans up to age 26, premium subsidies to buy policies on the exchange and greater access to Medicaid in dozens of states.“Today we saw an administration pressed to explain why affordable care, and American lives, should be put at risk,” said California Attorney General Xavier Beccera, who is leading defense of the law. “If they have their way, millions of Americans could be forced to delay, skip or forego potentially life-saving health care.”Industry groups and independent health care analysts say wiping out Obamacare without an alternative would mean a highly disruptive shift in the health care of millions of Americans.The Affordable Care Act has sharply reduced the number of uninsured Americans since 2010, covering 20 million more people than if the law had not taken effect, according to the nonpartisan Kaiser Family Foundation.An estimated 52 million Americans have preexisting health conditions that insurers could have denied coverage to under pre-ACA rules in most states, the foundation said.There is not currently a viable alternative to the law that can pass the House and Senate and get signed into law by Trump. Republicans were unsuccessful at repealing and replacing the law in 2017 when they controlled both chambers and the White House.Trump told ABC News in June that he will be unveiling a “phenomenal” health care plan within the next two months. Copyright © 2019, ABC Radio. All rights reserved.

Over 200 companies pledge net-zero emissions by 2040 as pressure on private sector mounts
Traveling over the holidays? Here’s how to stay safe from COVID-19
Emmys 2021: Criticism mounts over winners’ lack of diversity
McAuliffe, Youngkin spar over vision for commonwealth in first Va. gubernatorial debate
FDA panel recommends Pfizer boosters for people over 65 or high risk, votes ‘no’ for general population
Priyanka Chopra responds to growing criticism over ‘The Activist’: “The show got it wrong”