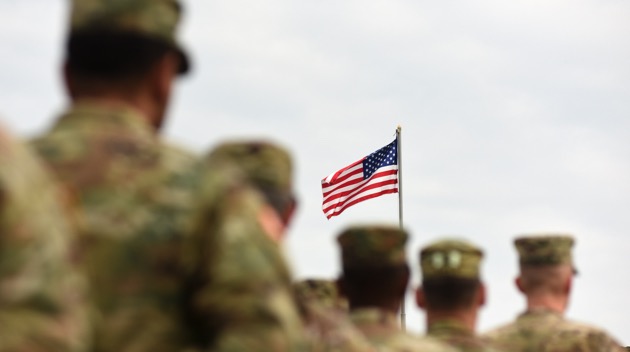 (WASHINGTON) — President Donald Trump draws stronger support from U.S. veterans than from the general American public on his leadership of the U.S. military, including his handling of North Korea, NATO allies and Russia, according to a new Pew Research Center survey released Wednesday.But nearly half of the veterans surveyed believe the president has not listened to military leaders enough when it comes to national security decisions.Pew’s findings came from two surveys: one of over 1,200 U.S. military veterans and another of over 1,000 U.S. adults. Both surveys were conducted throughout the month of May, prior to the increased tensions between the U.S. and Iran and Trump’s decision to not strike inside Iran in response to that country shooting down a U.S. drone over the Strait of Hormuz.Fifty-seven percent of the veterans who were surveyed said they approve of Trump as commander in chief of the U.S. military, compared to 41 percent of adults in the separate survey. And a majority of those veterans approved of the president’s dealings with North Korea, NATO allies and Russia.But 45 percent of veterans surveyed said the president listens to military leaders too little, compared to 51 percent of Americans in the second survey. Meanwhile, 50 percent of veterans said the president listens the right amount, compared to 40 percent in the other survey.Veterans as a group are more likely to identify with or lean toward the Republican Party, Pew said. But, Republican veterans are more approving of the president and some of his military policies than Republicans overall.The surveyed veterans expressed a more positive view than the general public toward three of Trump’s major military policies: sending troops to the U.S.-Mexico border, withdrawing from the Iran Deal and banning transgender individuals from serving in the military.More than 50 percent of veterans expressed somewhat or strong approval for these policies, compared to fewer than 50 percent of the adults in the separate survey. And Republican veterans were more approving of these policies than Republicans overall.The president saw less support around the creation of Space Force, which would be the sixth branch of the U.S. military.Just 45 percent of veterans strongly or somewhat approved of the idea, compared to just 36 percent of people in the second survey. Only 15 percent of veterans strongly approved of a Space Force, which must still be approved by Congress.Forty-eight percent of veterans said that Trump respects veterans “a great deal,” compared to 30 percent of adults in the other survey.However, those figures varied greatly with age and gender. Veterans ages 65 and older, along with male veterans, were more likely to indicate that the president respects veterans a great deal, compared to younger and female veterans. Just 33 percent of female veterans characterized it that way.Copyright © 2019, ABC Radio. All rights reserved.