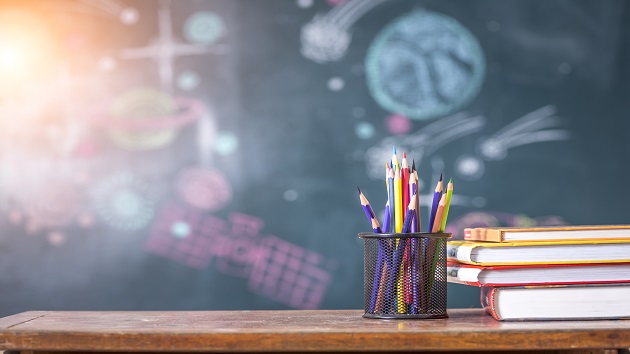 (NEW YORK) — When 8-year-old Noa Lewis was assigned a school project on Amelia Earhart, she flipped the script and asked instead to report on Bessie Coleman, who was the first female African American and Native American pilot.Noa and her second-grade class were given the assignment to create and be a part of a “wax museum,” with each student embodying their assigned historical figure. Noa had originally been assigned Amelia Earhart, the first female aviator to fly solo across the Atlantic Ocean.“Noa knew about Amelia Earhart but she told her teacher she wanted another figure but couldn’t remember the name,” Moniqua Lewis, Noa’s mother, told Good Morning America.Lewis was picking up her daughter from school when Noa told her mom about the project and about how she wanted to report on a person who was once featured in her favorite Disney show, Doc McStuffins. Lewis was naming names, trying to help her daughter remember who it was.It turns out it was Bessie Coleman, or “Queen Bessie,” as Noa refers to her. Coleman was the first female African American and Native American to hold a pilot’s license.Lewis saw how passionate Noa was about Bessie Coleman, so as Noa’s teacher was exiting the school, she asked her if her daughter could instead report on Coleman.“My job is to support my child,” Lewis said. Luckily, Noa’s teacher agreed.Noa dove right into researching Coleman, gathering books from the library and articles from the internet, but a lot of books were “too hard” for the 8-year-old to read, Lewis told Good Morning America.So Noa and her mother reached out to the National Aviation Hall of Fame and National Women’s Hall of Fame to find out some additional information about Coleman to complete her project.The National Aviation Hall of Fame and National Women’s Hall of Fame responded to Lewis, giving Noa articles that matched her second-grade reading level, and Noa excitedly absorbed all the information she could about “Queen Bessie.”As part of the project, Noa had to dress up as Bessie Coleman to be part of the “wax museum.”So Noa donned a white dress blouse topped with a green trench jacket, along with brown casual dress trousers and high-top black boots.“My best friends were Georgia O’keeffe and Nancy Reagan,” Noa told Good Morning America, doing her very best Coleman impression.For all of Noa’s hard work and willingness to report on Coleman, the National Aviation Hall of Fame Museum decided to fly Noa and her family to the museum in Dayton, Ohio. There she got the privilege to meet a relative of her hero.Bessie Coleman’s great-niece, Gigi Coleman, greeted her when she arrived and awarded Noa a medallion for her outstanding project.Gigi Coleman has a one-woman show dedicated to portraying the legacy of her Great-Aunt Bessie Coleman. She also runs a 501(c)3 program, The Bessie Coleman Aviation All-Stars, to encourage disadvantaged youth to learn about career opportunities in the field of aviation.After meeting Coleman and learning even more about her hero, Noa also got to have a private closed tour of the facility.“I was so happy when Gigi Coleman put the medal around my neck,” Noa said. She says she was even more excited when Coleman called her “Little Bessie.”As a token of appreciation, Noa drew a portrait of Bessie Coleman and gifted it to Gigi Coleman.After all her hard work, Noa ended up receiving an “A” on the project at North Cobb Christian School.“Noa is an overachiever! When you’re assigned homework, it’s homework — but when you are in love with something and have a passion for it, it is much more,” Lewis said. Copyright © 2019, ABC Radio. All rights reserved.