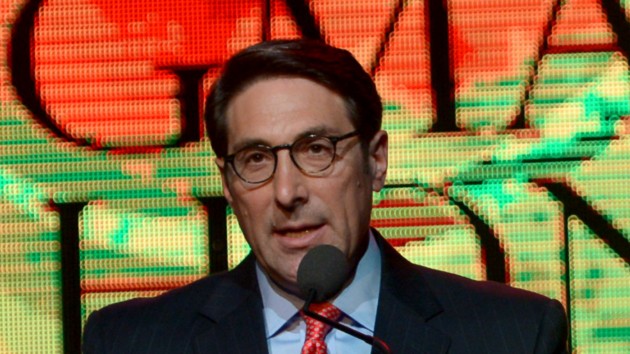 (WASHINGTON) — Despite 85 congressional Democrats who support an inquiry into a possible impeachment hearing against President Donald Trump, the man who describes himself as the “train conductor” of the Trump legal team says the president’s attorneys are not preparing for any such battle. “There is no impeachment team,” Jay Sekulow, who has represented the president from the early days of his administration, told ABC News’ “The Investigation” podcast. “I just don’t see this as a real threat.” Sekulow said calls for impeachment by Democrats were simply “political theater.”

[ READ THE FULL TRANSCRIPT OF SEKULOW’S INTERVIEW ON “THE INVESTIGATION” ]

Although pro-impeachment Democrats face an uphill battle from party leadership, they are likely to get another chance to ratchet up support in the public arena when special counsel Robert Mueller appears for open hearings before two House committees next week.Sekulow told ABC News that his team is not concerned about Mueller’s testimony.”I do not expect that he will deviate at all from [his report], nor do I expect that he will go into anything extemporaneous or extraneous from this,” Sekulow said. “I think he’s going to stick to the report. In that sense, I think it’s going to be the great letdown.”In May, during his only public comments following his investigation, Mueller said his report was his final testimony and that he would not share information beyond what was written in the report during his public testimony.But even though impeachment is not Sekulow’s main focus, his team is working to defend the president from several inquiries currently playing out in court.Most recently, the House Ways and Means Committee filed a lawsuit against the Department of Treasury to gain access to Trump’s tax returns. The committee subpoenaed these records from the department in May, but the Treasury Department has resisted turning over the records, arguing that the committee lacks a “legitimate legislative purpose” for requesting them.”We will be intervening in that lawsuit on behalf of the president,” Sekulow said, adding that he anticipates the case making it to the Supreme Court.The president’s tax returns are also still under audit, according to Sekulow.”I won’t disclose the context of the nature of the audit because that would be disclosing attorney-client privilege,” Sekulow said. “But what I am going to tell you is that there is an ongoing audit.”The president has said the main reason he has not released his tax returns is because of this ongoing audit. The IRS has previously declined to comment on the matter.Outside of the Mueller probe and battle for the president’s tax returns, Sekulow said his role has expanded to managing other cases involving the president and his family, including cases from the Washington D.C. District Court, the Southern District of New York and the New York State Attorney General’s Office. The president, his foundation, his personal business and his family remain under legal scrutiny in these districts. Attorneys for the president have argued that many of these cases, including the New York attorney general’s investigation into Trump’s foundation, are “politically biased.”Trump’s legal team has been in frequent flux since the start of his presidency, but Sekulow has remained a constant figure.He attributes his staying power to his years spent playing drums.”I think part of the success here is having the right tempo,” Sekulow said. “So I think I stayed in the groove, so to speak.”Copyright © 2019, ABC Radio. All rights reserved.

How Lee Pace got into godly shape for Apple TV+’s sci-fi epic ‘Foundation’
Legacy and landscape at stake for Pelosi, Biden: The Note
“I got my a** kicked for speaking up”: Katherine Heigl supports union by revisiting controversial comments
‘Shang-Chi and the Legend of the Ten Rings’ dominates box office for fourth straight week
Trump return to White House ‘would be a disaster’ for US intelligence: Former DHS whistleblower
Pfizer CEO says it’s possible to distribute both boosters and primary doses