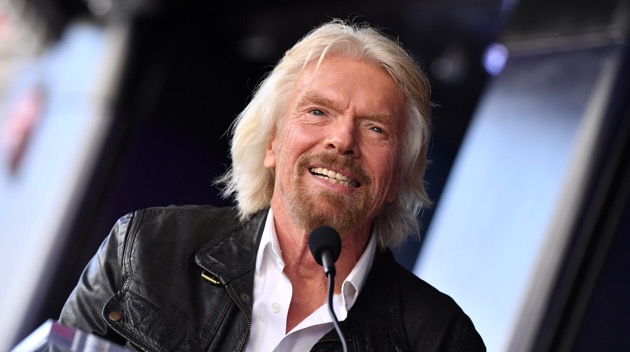 (NEW YORK) — Billionaire Richard Branson’s Virgin Galactic plans to fly tourists to the edge of space within a year, company executives said on Tuesday.Branson and the Virgin Galactic’s new chairman Chamath Palihapitiya disclosed the new timeline during a press tour announcing the company’s plans to become the first publicly-listed space tourism company.”We’re going to be starting commercial operations within a year from now,” Palihapitiya said during an interview with CNBC Tuesday morning.

Having demonstrated the repeatability our full flight profile with two crewed spaceflights, we had an opportunity to rethink our investment plans. @virgingalactic is now on track to become the first ever publicly listed human spaceflight company https://t.co/mk5dCNKulq pic.twitter.com/R1Ib7i2tL9

Virgin Galactic completed two manned flights to space in the past year. The boundary between the Earth’s atmosphere and outer space is 62 miles — or 100 kilometers — above sea level. The company plans for its space tourists to experience about four minutes of weightlessness at the edge of space.Palihapitiya said that 600 future astronauts have paid $80 million in deposits on the $250,000 flights to space, adding that the company expects to be profitable by August 2021.Earlier on Tuesday, Virgin Galactic executives announced a merger, valued at $1.5 billion, with Social Capital Hedosophia Holdings Corp., a special-purpose acquisition company, and its publicly-traded shell company, Social Capital Hedosophia, which is listed on the New York Stock Exchange. Social Capital Hedosophia’s founder and CEO Palihapitiya became chairman of the combined company.”Virgin Galactic, along with its sister manufacturing organisation, The Spaceship Company, has taken a huge step towards becoming the very first publicly listed human spaceflight company and therefore available to equity investors,” founder Richard Branson wrote in a press release.Virgin Galactic has been seeking outside investment for some time.In 2017, Saudi Arabia’s Public Investment Fund announced plans to invest $1 billion in the company, but talks broke down last year, with the company “having sadly had to pull away from an investment by Saudi Arabia after the murder of journalist Jamal Khashoggi,” Branson said in the press release.Khashoggi was killed in the Saudi consulate in Istanbul last October.”We know that millions of people are deeply inspired by human spaceflight, would love to become more involved and, ultimately experience space for themselves,” Branson said. “By taking Virgin Galactic public, at this advanced point in its development, we can open space to more investors and in doing so, open space to thousands of new astronauts.”Copyright © 2019, ABC Radio. All rights reserved.