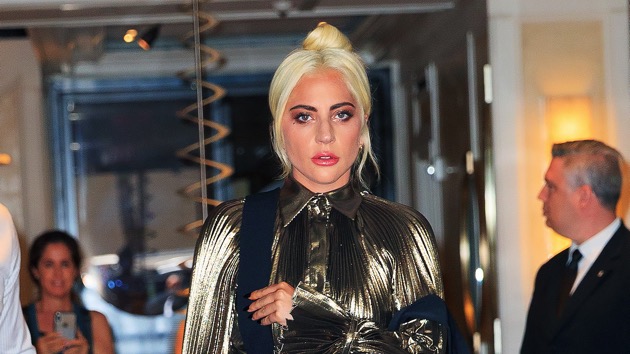 (NEW YORK) — Lady Gaga has officially announced the launch of her debut beauty brand Haus Laboratories.On Tuesday, she posted a video on Instagram starring herself alongside other models wearing vibrant splashes of makeup along with a caption mentioning that you can pre-order on July 15.”Business of Fashion” reports that Amazon will also be the venture’s retail partner.The cosmetics collection will sell kits that include lip gloss, lip liner and all-over color.”Colour is completely transformative — it’s powerful, it’s beautiful, and it’s how I found my voice with makeup,” the singer told Business of Fashion.On top of being Gaga’s first independent venture, her line will also be the first major beauty brand to launch exclusively on Amazon.”There are companies that see me and what I stand for and the way that I view the world, and if it’s not perfectly in line with what they do … they’ll be like, ‘Can you just change half of the equation?’” Lady Gaga said.She continued, “The answer is no. No deal. No message of self-acceptance, no deal. This [deal with Amazon] was so wonderful because this was like, ‘Let’s make a deal, let’s make a deal to change the world with their beauty."”Haus Laboratories also launched an Instagram account today under the name @Hauslabs. In one of the brand’s post that includes a photo with Gaga, the caption says “They say beauty is in the eye of the beholder, but at HAUS LABORATORIES, we say beauty is how you see yourself.”A few days prior to Gaga officially announcing her new line, an Instagram account under the name @hausbeautynews posted a glamourous photo of Lady Gaga claiming to be associated with the new line.In the photos, Gaga is wearing metallic eyeshadow and graphic eyeliner. Many people began praising how naturally beautiful the images are.One person wrote, “I love that you can see her freckles! That’s one thing about her…she looks so natural and is so beautiful!”More alleged campaign imagery was posted by @trendmood1, where it’s claimed that Haus Beauty will include everything from eyeliners and bronzers to body exfoliants and “beauty milks.”One commenter said, “Love that her skin looks like actual skin!! Not super smoothed out in photoshop.”Another followed those sentiments saying, “I love how her promo photos aren’t over-edited! You can totally see her natural facial features and her skin’s real texture!”Lady Gaga did not respond to ABC News’ request for comment.Copyright © 2019, ABC Radio. All rights reserved.