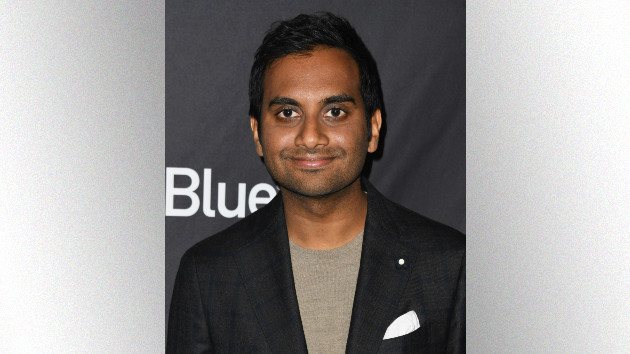 (LOS ANGELES) — For the first time since Aziz Ansari was accused of sexual misconduct last year, the comedian has addressed the ordeal in depth.Ansari kicked off his Netflix stand-up special, Aziz Ansari: Right Now, by delving into the allegation, noting that “it’s important to me that you know how I feel about that whole thing before we share this night together.”The comedian said that above all, he hopes the experiences of the last year have made him “a better person.””There’s times I’ve felt scared. There’s times I’ve felt humiliated. There’s times I’ve felt embarrassed,” he said. And ultimately, I just felt terrible that this person felt this way,” he said. “And after a year or so, I just hope it was a step forward.”Last January, a since-shuttered website, Babe.net, published the account of a woman who claimed that while on a date with Ansari, the comedian pressured her to have sexual intercourse after she declined. Ansari released a statement at the time, in which he said that during the date, “everything did seem OK to me,” and learning of her feelings after the fact made him “surprised and concerned.” He said he responded to her privately.In his special, the 36-year-old actor said that the experience changed him for good. Now, he said, in addition to being more thoughtful, he’s more thankful for his career and his fans.”…It means the world to me, ‘cause I saw the world where I don’t ever get to do this again, and it almost felt like I’d died. In a way, I did,” he continued. “That old Aziz who said, ‘Oh, treat yo’ self,’ whatever, he’s dead.”

Nick Cannon teases possibility of having more children: “My therapist says I should be celibate”
“I don’t wish ill on him”: Miyam Bialik on replacing former ‘Jeopardy!’ host and producer Mike Richards
‘We grieve together,’ Pelosi says at COVID-19 flags memorial
Biden found images of border agents with migrants ‘horrific and horrible,’ White House says
Lil Jon reveals what surprised him most about ﻿’Bachelor in Paradise’
Second dose of J&J COVID-19 vaccine results in stronger protection, company says