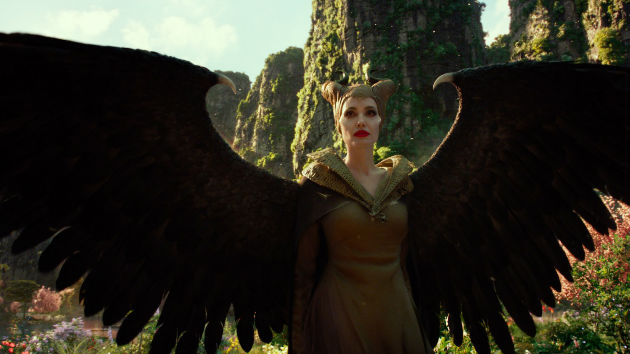 (LOS ANGELES) — The official full-length trailer for Maleficent: Mistress of Evil has been released, with Angelina Jolie reprising her role as the evil fairy.The clip, which debuted Monday on ABC’s Good Morning America, shows chilling moments with Maleficent, her goddaughter Princess Aurora — played by Elle Fanning — and Queen Ingrith, played by Michelle Pfeiffer.The sequel to the 2014 film is set five years in the future, as Aurora gets engaged to Prince Phillip. Maleficent refuses to give her the marriage blessing, causing a rift between the two. “Love doesn’t always end well,” Maleficent tells the princess in the trailer.In one scene, Prince Phillip’s mother Queen Ingrith thanks Maleficent for helping to raise Aurora, but says now, she considers Aurora “her own.”Maleficent then grows angry and lashes out against Aurora’s future in-laws with her magic. It seems as though the antagonist’s heart is hardened again, as she proclaims that Aurora will not marry.

Later, Ingrith tells Aurora that Maleficent is “a threat to everyone,” leading fans to believe the queen and Maleficent may go head-to-head.

Actor Chiwetel Ejiofor also joins the cast as a fairy similar to Maleficent.