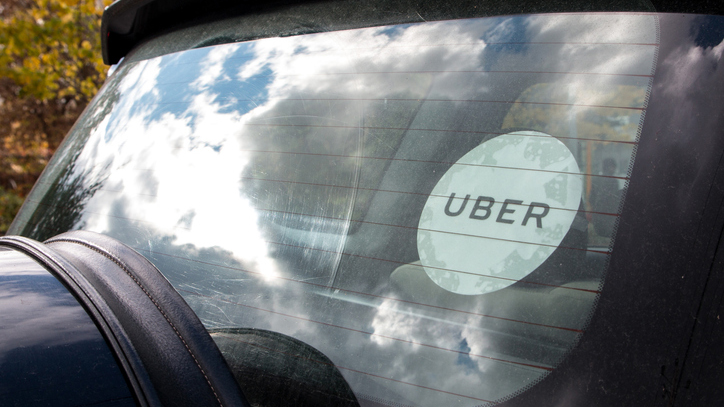 (ALBUQUERQUE, N.M.) — What seemed like another Uber request for driver Terry Owens resulted in an arrest at his Albuquerque home.To his surprise, Owens had unknowingly taken part in a gas station robbery as the getaway driver.”This is the Albuquerque Police Department. Keep your hands up!” an officer ordered in a newly released body cam video.Albuquerque’s Police Department’s visit was prompted after Owens gave a ride to Austen Harris through the popular ride-sharing app in February. Fairly new to the job at the time, Owen responded to a pick-up request from Harris at a gas station in northwest Albuquerque.”I asked him if he had taken anything in there,” Owens said in an interview with ABC affiliate KOAT-TV. “He’s acting kind of weird and holding a pair of scissors.”According to authorities, police stated Harris had used a pair of scissors as his weapon.”He says, ‘No, I’m just using this pair of scissors to cut strings off my jacket,"” Owens continued.After “driving all over town,” Owens dropped Harris off, and nearly an hour later, police were at his front door.Adding to an existing arrest record, Harris pleaded guilty to the robbery and was sentenced to drug rehab. A criminal complaint also showed Harris told police he gets into trouble because he was privileged, KOAT-TV reported.More recently, Owen’s unexpected passenger had violated the terms of his probation in this case.”At some point, there has to be accountability,” Owens told KOAT-TV.