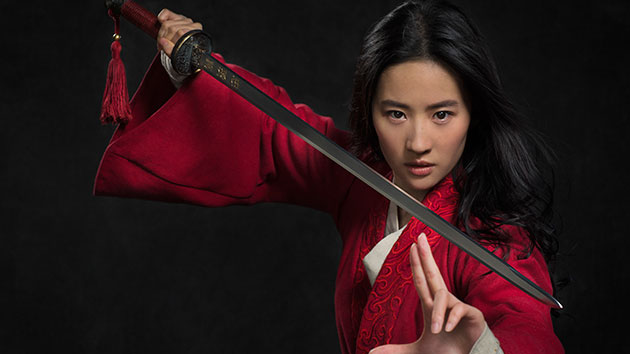 The first teaser trailer for Disney’s upcoming live-action remake of its 1998 animated classic Mulan debuted Sunday during Fox’s broadcast of the U.S. women’s soccer team’s victory over the Netherlands in the FIFA Women’s World Cup, and it gives us our first good look at the titular heroine in action.

Chinese-American actress Liu Yifei plays the title character in the film, about a young woman who disguises herself as a man to fight in place of her elderly and ailing father when he’s called to join the Chinese military to fight invaders attacking the country.

In a callback the original film, the teaser-trailer opens with Mulan’s mother delivering the “excellent news” that a matchmaker has found Mulan an “auspicious match.”

“It is what is best for our family,” her father agrees, to which Mulan replies, “Yes, I will bring honor to us all.”

That’s followed by scenes of Mulan training as an army soldier, clearly intending to bring honor to her family in another manner.

While music from the original film, including “Honor to Us All” and “Reflection,” can be heard throughout the teaser, this Mulan won’t be a musical, like it’s predecessor. And while Mulan’s horse, Khan, also makes an appearance in the clip, Eddie Murphy’s dragon character, Mushu, and Mulan’s lucky cricket, Cri-Kee, are both MIA.