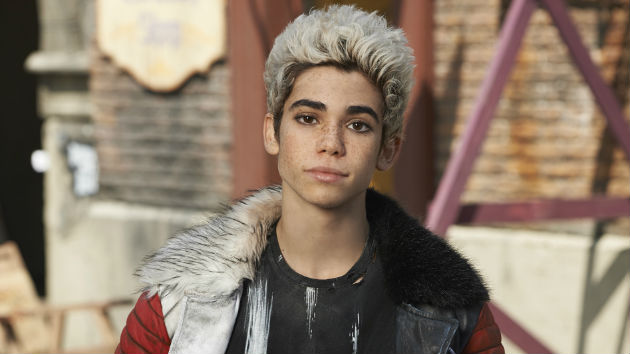 (LOS ANGELES) — Actor Cameron Boyce, known for his roles in the Disney channel franchise Descendants and the TV show Jessie, has died of “an ongoing medical condition” at the age 20, his family confirmed to ABC News on Saturday night. He was just 20 years old.

“It is with a profoundly heavy heart that we report that this morning we lost Cameron,” a spokesperson said on behalf of the Boyce family. “He passed away in his sleep due to a seizure which was a result of an ongoing medical condition for which he was being treated. …We are utterly heartbroken and ask for privacy during this immensely difficult time as we grieve the loss of our precious son and brother.”

Boyce made his acting debut in the horror film Mirrors at just nine years old. Two years later, he appeared in the blockbuster Adam Sandler flick Grown Ups, as one of Sandler’s children.

“Too Young. Too sweet. Too funny. Just the nicest, most talented, and most decent kid around,” Sandler wrote on Twitter Sunday, in part. “All our hearts are broken.”

Boyce first achieved stardom in the Disney channel show Jessie, playing Luke Ross, alongside the eponymous Jessie Prescott, played by Debby Ryan.  However, it was Boyce’s role in the Descendants films that catapulted him to even greater heights.

Disney CEO Bob Iger tweeted Sunday, “The Walt Disney Company mourns the loss of #CameronBoyce, who was a friend to so many of us, and filled with so much talent, heart and life, and far too young to die. Our prayers go out to his family and his friends.”