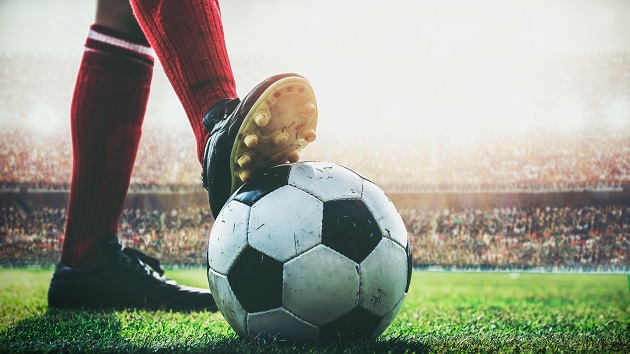 (PARIS) — The United States won the 2019 Women’s World Cup in a 2-0 finish over the Netherlands, thanks to a penalty kick in the 61st minute, scored by captain Megan Rapinoe, and a breakaway goal minutes later by Rose Lavelle. The Americans defended their title as world champions, having won their third World Cup in 2015, and faced high expectations after taking plenty of criticism — from even their own president — for their confidence.This is the U.S. women’s fourth World Cup title.The final was the first match this tournament that the U.S. did not score within the first 15 minutes of play, despite largely maintaining possession of the ball against the Netherlands. The penalty kick by Rapinoe was her sixth goal of the tournament.”We know that everybody knows that they can compete with us and we can compete with them,” midfielder Lavelle told ABC News on Friday.The Netherlands secured their spot in the final in a Wednesday match against Sweden. That match went on into extra time, with the first — and only — goal not scored until the 99th minute, by midfielder Jackie Groenen.On the American side, Lavelle, along with Rapinoe, returned to play Sunday after suffering minor injuries. Rapinoe sat out the semifinal game against England on Tuesday with “just a little minor strain,” while Lavelle had a hamstring injury.Both, however, said they were ready to play in the final match.”I mean, it would take a lot for me to not be on the field,” Rapinoe told ABC News Friday.The U.S. team headed into the match having won each of their last three by scores of 2-1. Rapinoe scored all of those goals except for the last two in the game she didn’t play; those were scored by her replacement, Christen Press, and co-captain Alex Morgan.Morgan and Rapinoe have likely had a lot to bond over lately, on top of the general World Cup experience. Both faced criticism for the amusing poses they struck after scoring in the last two games.Both also celebrated birthdays last week — Morgan turned 30 and Rapinoe turned 34.The criticism over their poses goes to a theme of this World Cup for the Americans. Since their first game, when they beat Thailand 13-0, they have been called everything from “boastful” to “distasteful” for celebrating and being confident.”Megan should WIN first before she TALKS!” President Donald Trump tweeted in late June after a video was released in which Rapinoe said she wouldn’t go to the White House.Once they do get back to the States after the tournament, they have a tentative agreement to enter mediation with the U.S. Soccer Federation over a gender discrimination lawsuit they filed this spring. They are calling for equal pay and treatment to the men’s team, which did not qualify for the last men’s World Cup.Viewership has been a factor thrown around in the gender discrimination lawsuit, and viewership for this World Cup final has some controversial competition. After the Women’s World Cup final date was set, it was announced that the CONCACAF Gold Cup and Copa América — men’s tournaments — will also have their finals on the same day.CONCACAF President Victor Montagliani told The New York Times it was merely a “clerical error.” Rapinoe called it “ridiculous and disappointing,” according to CBS News.All told, the American athletes’ battles extend far beyond the pitch, but for 95 minutes on Sunday, what happened on the field was all that mattered.

COVID-19 live updates: US records 1.1 million pediatric cases over past five weeks
Those suffering from sickle cell disease may finally be getting some relief as experts work on cure
Biden to focus on ‘intensive diplomacy’ at UN amid tensions with allies
Republicans dig in on debt-limit standoff despite Democratic effort to mount pressure
“Ugh! Don’t do that!” ‘Sopranos’ creator David Chase on how his crew hated series finale set to “Don’t Stop Believin'”
500 US women athletes ask Supreme Court to uphold abortion rights