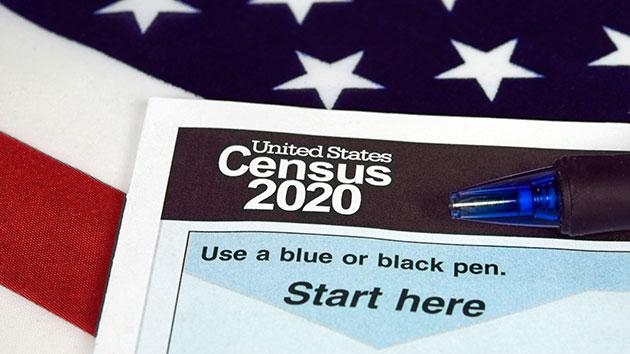 (NEW YORK) — Lawyers for the U.S. Department of Justice said the government still hopes to add a citizenship question to the 2020 census, but they have not made a decision about how to move forward.”In the event the Commerce Department adopts a new rationale for including the citizenship question on the 2020 Decennial Census consistent with the decisions of the Supreme Court, the Government will immediately notify this Court so that it can determine whether there is any need for further proceedings or relief,” the DOJ said in its filing.The government filed legal papers with a federal court in Maryland on Friday, just hours after President Trump told reporters at the White House that he was considering “four or five” different avenues to try and add the citizenship question to the 2020 census, including an executive order.”We’re fighting very hard against the system that’s a very difficult system,” Trump said.In June, the Supreme Court temporarily blocked the addition of a citizenship question. Chief Justice John Roberts wrote that the government’s initial rationale seemed “contrived,” but appeared to leave open the possibility that the administration could make another attempt to add it.On Tuesday, the Commerce Department announced that it had begun printing copies of the census without the question.But on Wednesday, government lawyers announced they were mounting a last-ditch effort to try to include the citizenship question.Opponents say the addition of the question could dramatically reduce the participation of Latinos, new immigrants and other groups who fear that their participation could be used against them, leading to an undercount. That would, in turn, jeopardize millions of dollars in federal funding and lead to a redistricting process that would unfairly benefit Republicans, they say.”Despite DOJ’s repeated statements that the census questionnaire cannot be changed after June 30, the administration is now examining whether it can concoct a ‘new rationale’ for its citizenship question,” the American Civil Liberties Union said in a statement on Wednesday. “The answer is no, it cannot — at least not a legal one. Any attempt at an end run around the Supreme Court’s decision will be unsuccessful, and will be met swiftly in court.”In a conference call convened by Maryland District Judge George Hazel, the DOJ admitted it was caught off guard by a series of tweets from President Trump, where he said the administration was “absolutely moving forward” with efforts to add the question.”We at the Department of Justice have been instructed to examine whether there is a path forward, consistent with the Supreme Court’s decision, that would allow us to include the citizenship question on the census,” assistant attorney general for the Justice Department’s civil division, Jody Hunt, said on the call.Judge Hazel demanded the government present its plan by Friday afternoon, forcing lawyers to work through the July 4 holiday to come up with a new rationale that they hoped could pass muster with the Supreme Court. The lawyers assured Judge Hazel that printing of the census without the citizenship question included, would continue.In a response to the government’s filing, Judge Hazel ruled that discovery proceedings could move forward in the Maryland case, which was brought by the ACLU and others.In his remarks to reporters Friday, Trump was asked why he felt it was so important to include the citizenship question.”Number one, you need it for Congress — for districting,” Trump said. “You need it for appropriations — where are the funds going? How many people are there? Are they citizens? Are they not citizens? You need it for many reasons.”But that’s precisely the argument that opponents of the administration have sought to make in court, as congressional districts are not drawn based the number of citizens, but the total population count.