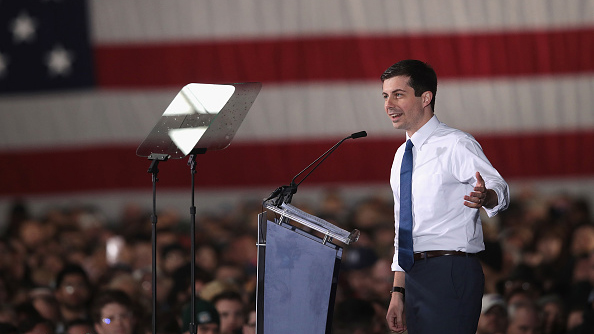 (SOUTH BEND, Ind.) — A special prosecutor has been named to investigate a fatal police shooting of a black man by a white police officer in South Bend, Indiana, where 2020 presidential candidate Pete Buttigieg is the mayor.A St. Joseph County judge appointed Richard Hertel from Ripley County to oversee the investigation of the June 16 shooting, when Eric Logan was shot and killed by Sgt. Ryan O’Neill.O’Neill was responding to a call about a suspicious person going through vehicles, officials said, when he spotted Logan, 54, allegedly leaning inside a car.When confronted, Logan approached O’Neill with a 6- to 8-inch knife raised over his head, according to officials. O’Neill fired twice, with the other shot hitting a car door.The shooting was not recorded by the officer’s body camera, officials said.Logan’s family disputed claims the officer was threatened with a knife by Logan and accused the officer of shooting him because of his race, according to a civil rights lawsuit filed by the family against O’Neill and the city last week. Buttigieg is not named in the suit.”The misconduct was objectively unreasonable and undertaken with willfulness and reckless indifference to the rights of others,” the lawsuit stated. “Defendant O’Neill violated Plaintiff’s constitutional rights intentionally subjecting him to unlawful, unequal treatment on the basis of his race.”O’Neill, who was placed on paid administrative leave after the shooting, is not facing any charges related to the incident. The officer released a statement through South Bend’s police union on Wednesday, saying he and his family face “intense pressure.” He has not commented about the incident directly.The new special prosecutor, Hertel, is currently the Ripley County prosecutor and was elected to the post in 1998, according to ABC affiliate WBND. As special prosecutor, he will oversee the independent investigation into the shooting and, if necessary, prosecute any cases that result from the inquiry.Last week, Buttigieg — in response to the St. Joseph County prosecutor’s request for a special prosecutor — said he respects and supports the decision to conduct a separate investigation into the matter.”Our community is in anguish, and for all of us to come to terms with what happened, it is vital that the investigation be fair, thorough and impartial,” Buttigieg said in a statement.The issue of gun violence has become one of the greatest political challenges for the 37-year-old mayor, who had risen to prominence as a progressive presidential hopeful and recently made headlines by topping Democratic fundraising with an eye-popping $24.8 million haul. But he has continued to struggle with a lack of support from black voters.The shooting forced Buttgieg off the campaign trail. He canceled several fundraisers and rallies, including a speaking event in New York and even Rep. Jim Clyburn’s “World Famous Fish Fry” in South Carolina last month, which 20 of the 23 Democratic presidential candidates attended.The mayor spent much of his time in South Bend after the shooting, monitoring the situation with city officials and speaking with the victim’s family and members of the community. But he was confronted with anger and frustration from across South Bend and was criticized for not doing enough to prevent incidents like this from happening.During one emotional town hall in June, the mayor was interrupted several times — though some came to his defense — yelling at hecklers to let him speak so that they could hear what he had to say.Anger surrounding the police shooting came from both black and white residents of South Bend, who demanded changes to the police department.Often appearing composed on the campaign trail, Buttigieg maintained his calm for the most part, only speaking up when he became frustrated that he was being interrupted. Speaking to reporters after the event, Buttigieg said the town hall was “an experience where a lot of pain and a lot of hurt, but also a lot of ideas came out.”But during an exchange about the issue at the Democratic presidential debate in Miami last month, Buttigieg bluntly owned up to the tension in South Bend.”I couldn’t get it done,” Buttigieg said. “The officer said he was attacked with a knife, but he didn’t have his body camera on. It’s a mess, and we’re hurting.”Fellow 2020 hopeful Rep. Eric Swalwell, D-Calif., jumped in a few minutes later arguing that if the body camera wasn’t turned on and that was policy, the mayor should fire the police chief. Buttigieg responded that under state law, the shooting would be investigated and “there will be accountability for the officer involved.”Swalwell pushed back and said, “But you’re the mayor, you should fire the chief if that’s the policy and someone died.”Buttigieg did not respond, simply staring at the congressman until another candidate weighed in on the broader issue of racial injustice.At a press conference on Monday, the mayor admitted that his administration has “not done nearly enough,” saying, “we have a long way to go when it comes to trust in this community.”A man in the crowd, who was standing behind journalists, came to Buttigieg’s defense, saying the mayor should not be taking criticism for the death of Logan.”Every mayor in the United States has the same problem that you do,” he said.Buttigieg responded by accepting “responsibility for where I’m in charge.”At the news conference, Buttigieg also laid out his goals for community-police engagement work for the remainder of his term in South Bend, including more engagement with the community Board of Public Safety, a closer examination of officer recruiting and training processes — as well as an examination of the Police Department itself — and an evaluation of the investigative procedures.

Britney Spears makes triumphant return to Instagram, but some fans think someone else is running the account
Lil Jon reveals what surprised him most about ﻿’Bachelor in Paradise’
Second dose of J&J COVID-19 vaccine results in stronger protection, company says
Biden to focus on ‘intensive diplomacy’ at UN amid tensions with allies
Republicans dig in on debt-limit standoff despite Democratic effort to mount pressure
Trans rights challenged in Texas’ third special legislative session