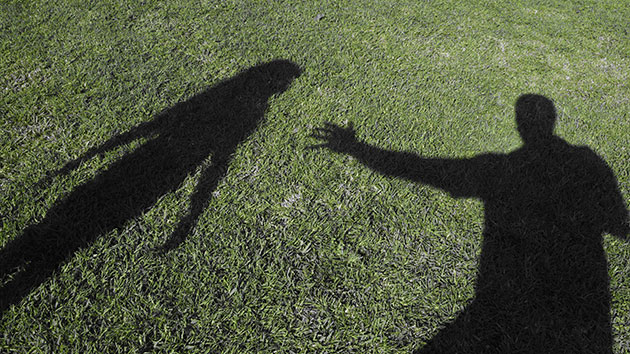 (NEW YORK) — Terrifying surveillance video captures the moment when a 13-year-old girl walking home from school was able to escape an attempted kidnapping in New York.Footage from the video shows the unidentified girl fighting off her alleged attacker, who police said followed her home from school in Long Island.”This 13-year-old girl was very brave. She fought off this individual. She fought off her attacker,” said detective Mike Bitsko on Thursday, according to ABC station WABC-TV. “She did exactly what she had to do. … I’m happy she’s doing well.”The teenager was walking home early Tuesday afternoon after attending classes at Lawrence Road Middle School in Hempstead, when she noticed the man trailing her for half a mile, police said. When she was just steps from the door of her home, the man began running after her and allegedly grabbed her from behind, according to authorities.Surveillance cameras outside the family’s home captured the struggle.”I was screaming. Like, I was trying to defend myself,” the teenager told PIX 11 on Wednesday. “He grabbed my neck. … He was trying to still cover my mouth.”The teen told police that the attacker put his hand over her mouth to stifle her screams and tried to drag her behind some parked vehicles.After she managed to break free of the attacker, she was seen on video banging desperately on the front door of her home for help. Video showed a man exiting the home and confronting the attacker.”This little girl did do everything right,” Callahan Walsh of the National Center for Missing and Exploited Children told ABC News. “When a child is able to get away, it’s because of something that they did that was proactive — kicking, screaming, drawing attention, making noises, exactly what this girl did in this case. She did everything she could to get to get away from this guy.”Nearly 24 hours later, police said they’d arrested Jarrod James, 24, of Roosevelt, in the attempted kidnapping. They said he faced multiple charges, including endangering a child, second-degree assault and attempted kidnapping.Police do not believe he has any connection to the teenager and are calling the crime random.James was arraigned Thursday but did not enter a plea. He is being held in the Nassau County Correctional Center.Copyright © 2019, ABC Radio. All rights reserved.

“You’re kidding me!” Stunned Ashley Graham confirms she’s having twin boys in sweet video
Dolphins quarterback Tua Tagovailoa carted off the field
Tyra Banks defends Olivia Jade ahead of her ‘Dancing with the Stars’ debut: “Olivia is so brave”
2021 Emmy Awards host Cedric the Entertainer says show will kick off with “a big, fun number”
1-year-old girl dies after being left in hot car all day in Texas: Sheriff
WATCH: Teen sensations square off in women’s US Open finals