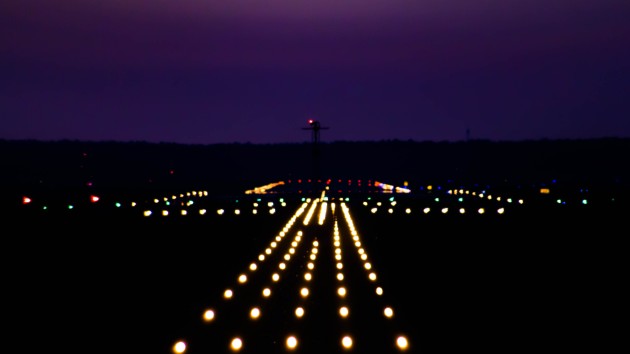 (BOSTON) — A London-bound flight was forced to make an emergency landing in Boston on Thursday night when a fire broke out on board, authorities said. Flames and smoke appeared to be coming from a passenger seat on Virgin Atlantic Flight 138, after it took off from New York’s John F. Kennedy International Airport. The flight crew extinguished the fire as the pilots made an emergency landing at Boston’s Logan International Airport, according to the Massachusetts State Police.All 217 passengers on board were safely evacuated and transported to a terminal inside the airport, where they awaited a replacement aircraft.One passenger who complained of smoke inhalation refused medical treatment, police said.The Massachusetts State Police’s explosive ordnance disposal unit inspected the seat in the area of the fire and found a device between the cushions that had ignited.”Preliminary investigation suggests it is a battery pack consistent in appearance with an external phone charger,” Massachusetts State Police spokesman Dave Procopio said in a statement late Thursday night.The investigation is ongoing. Copyright © 2019, ABC Radio. All rights reserved.